The January 2023 issue of BusinessF1 looks in detail at the sacking of Mattia Binotto from the most prestigious job in motorsport, team principal of Scuderia Ferrari. At the other end of the scale, we explain the ouster of Matt Bishop from Aston Martin Racing by a Spaniard. The demise of the W Series is also examined- was it marketed properly? We conclude it probably wasn’t.

The main feature is a look back at the five years Paul Stoddart spent running his Minardi Formula One team between 2001 and 2005. The article is a detailed explanation of what it’s like to run a Formula One team and the daily problems that come up including the sponsorship deals and the budget. Lastly, we look in detail at Jean Todt’s disposal of his entire 111 watch collection at Christie’s in November. For $34.4 million.

18 news pages tell the real story of what is happening in Formula One including all the sackings of team principals and their replacements in a way that only BusinessF1 does. 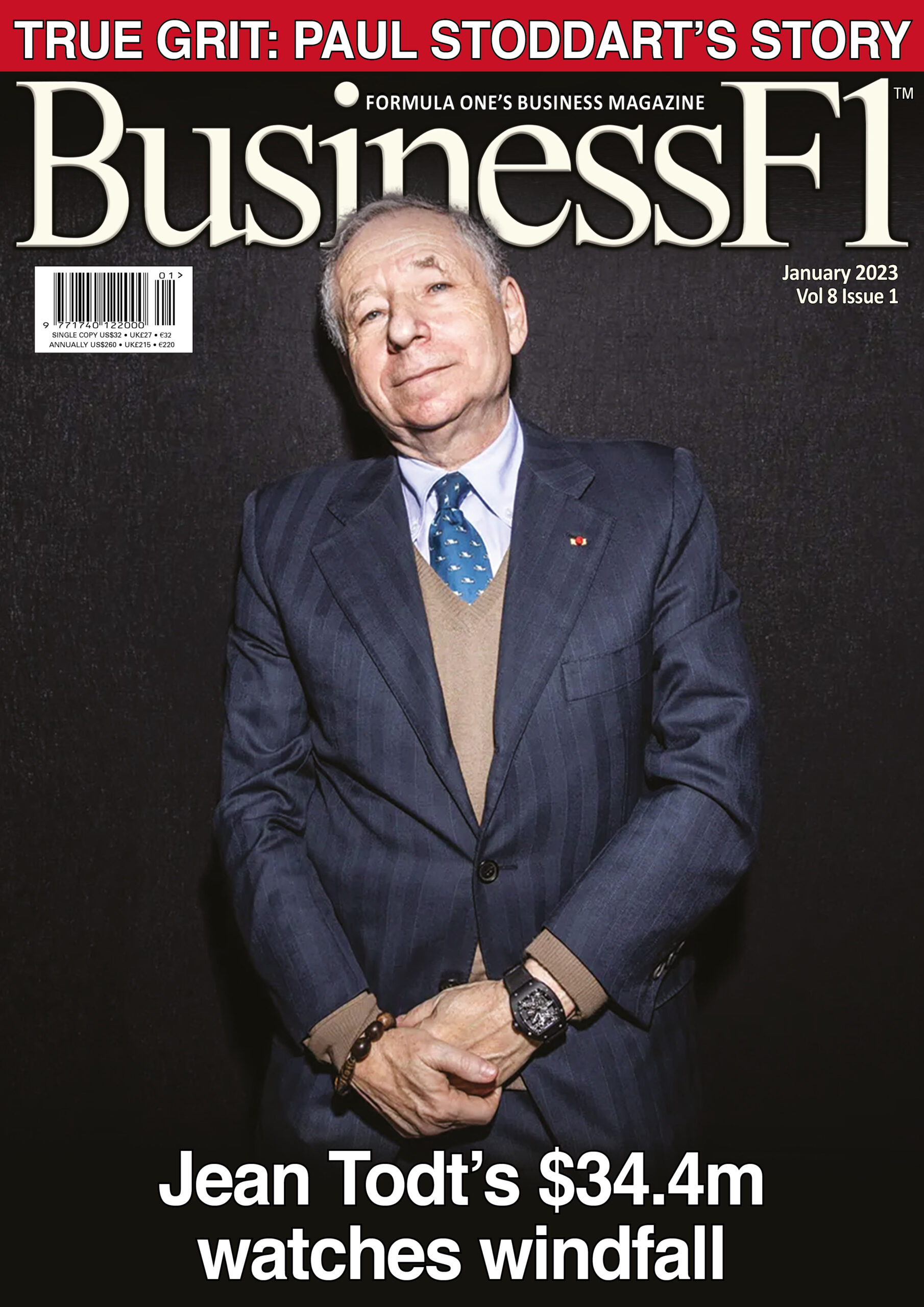 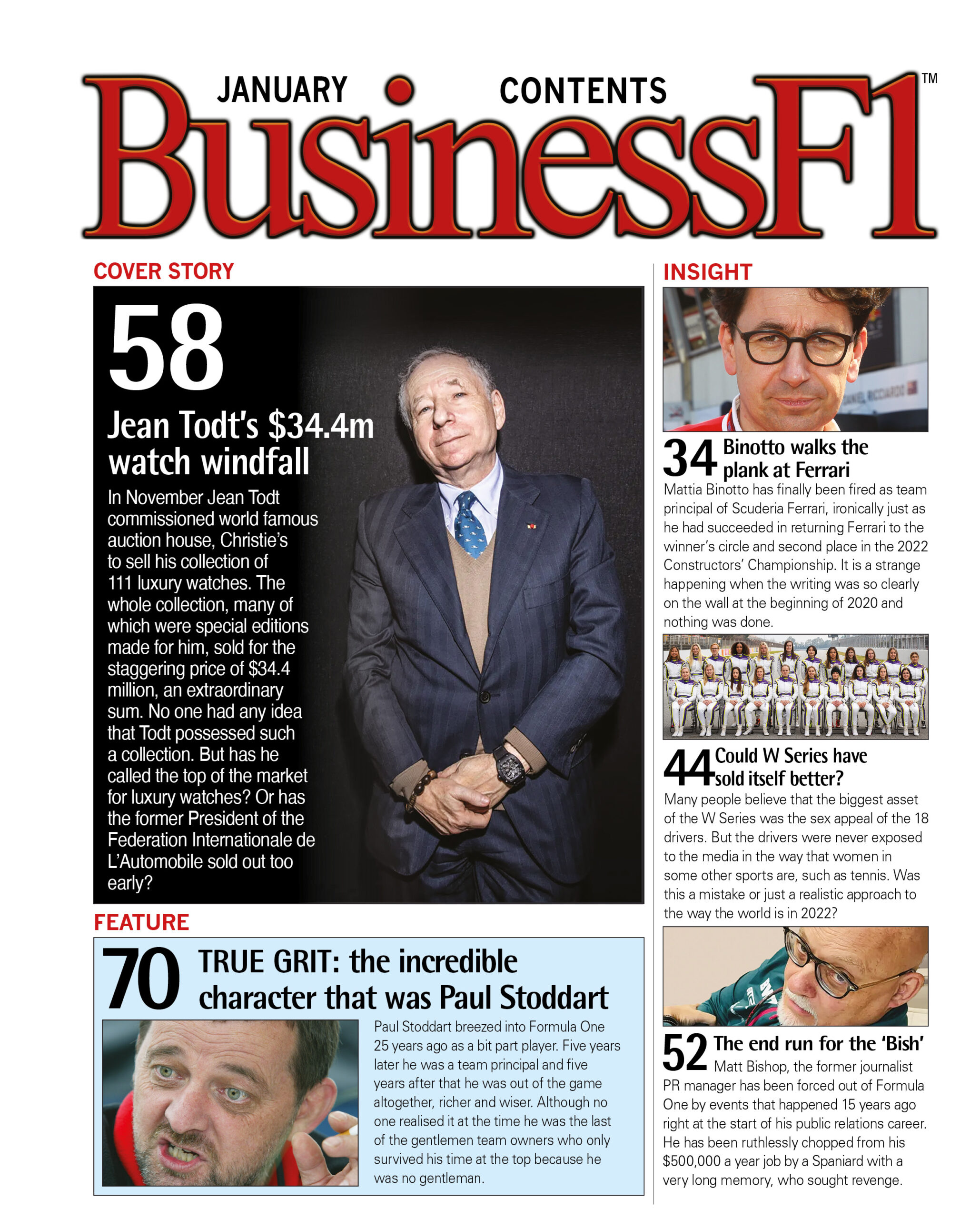 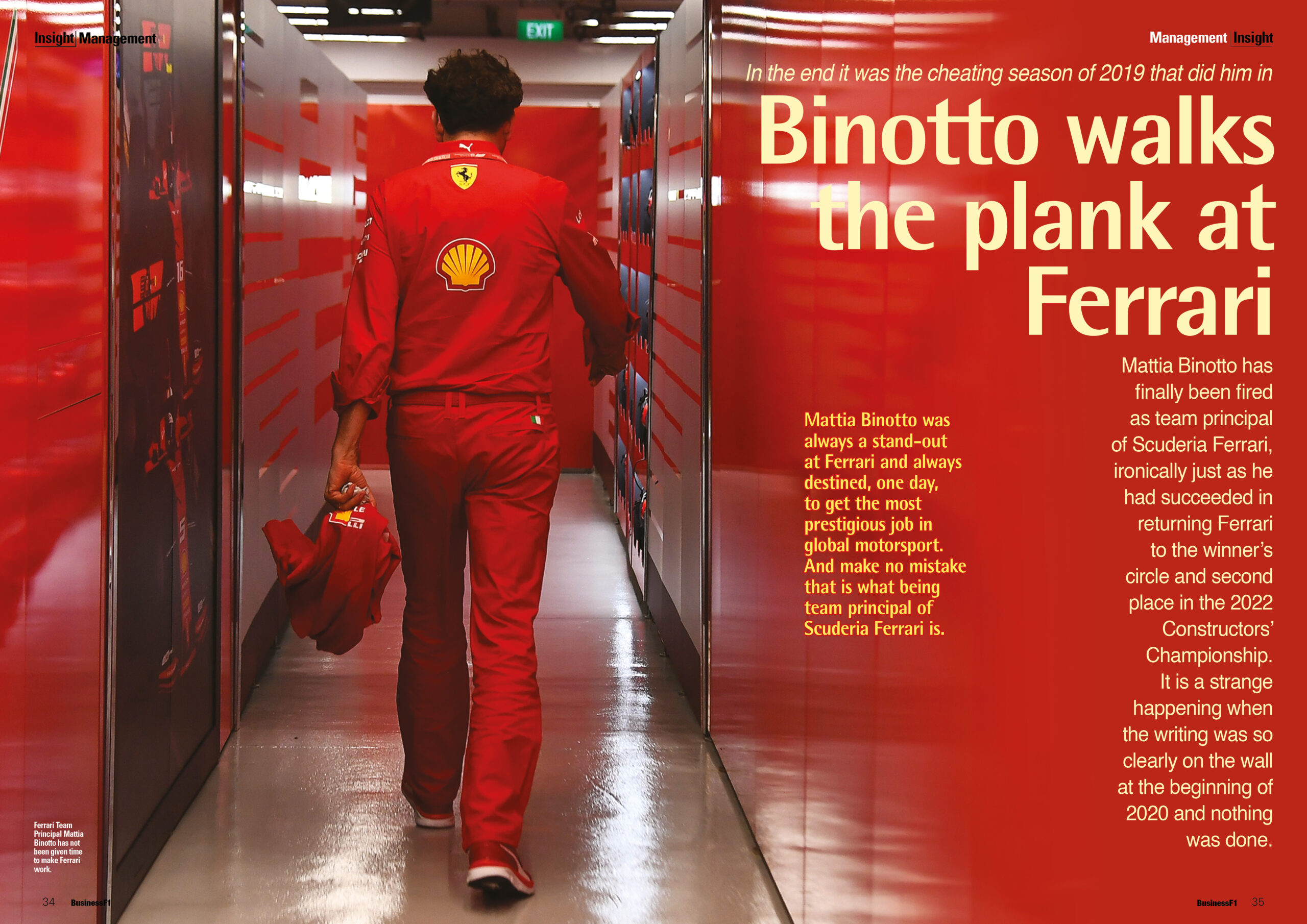 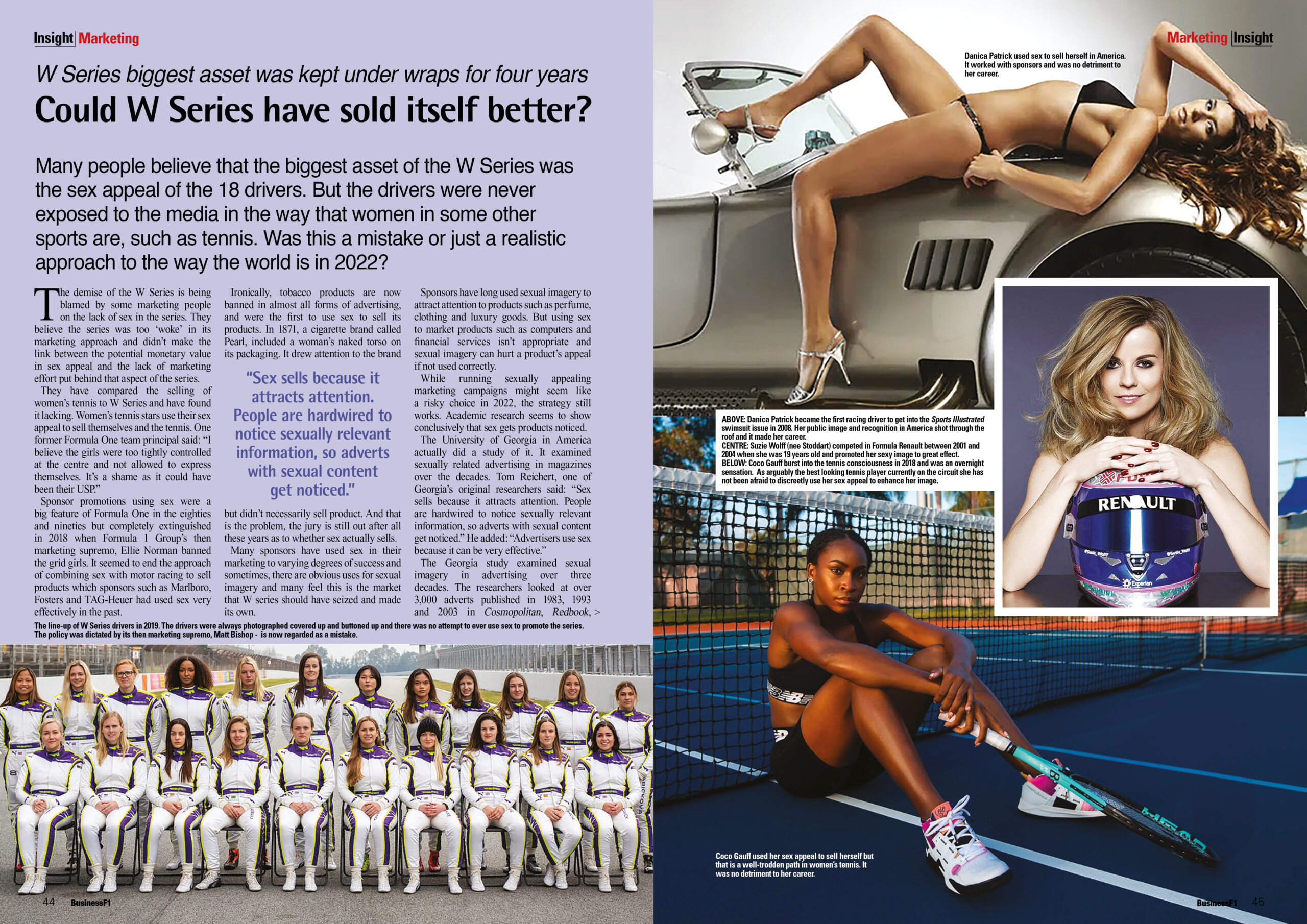 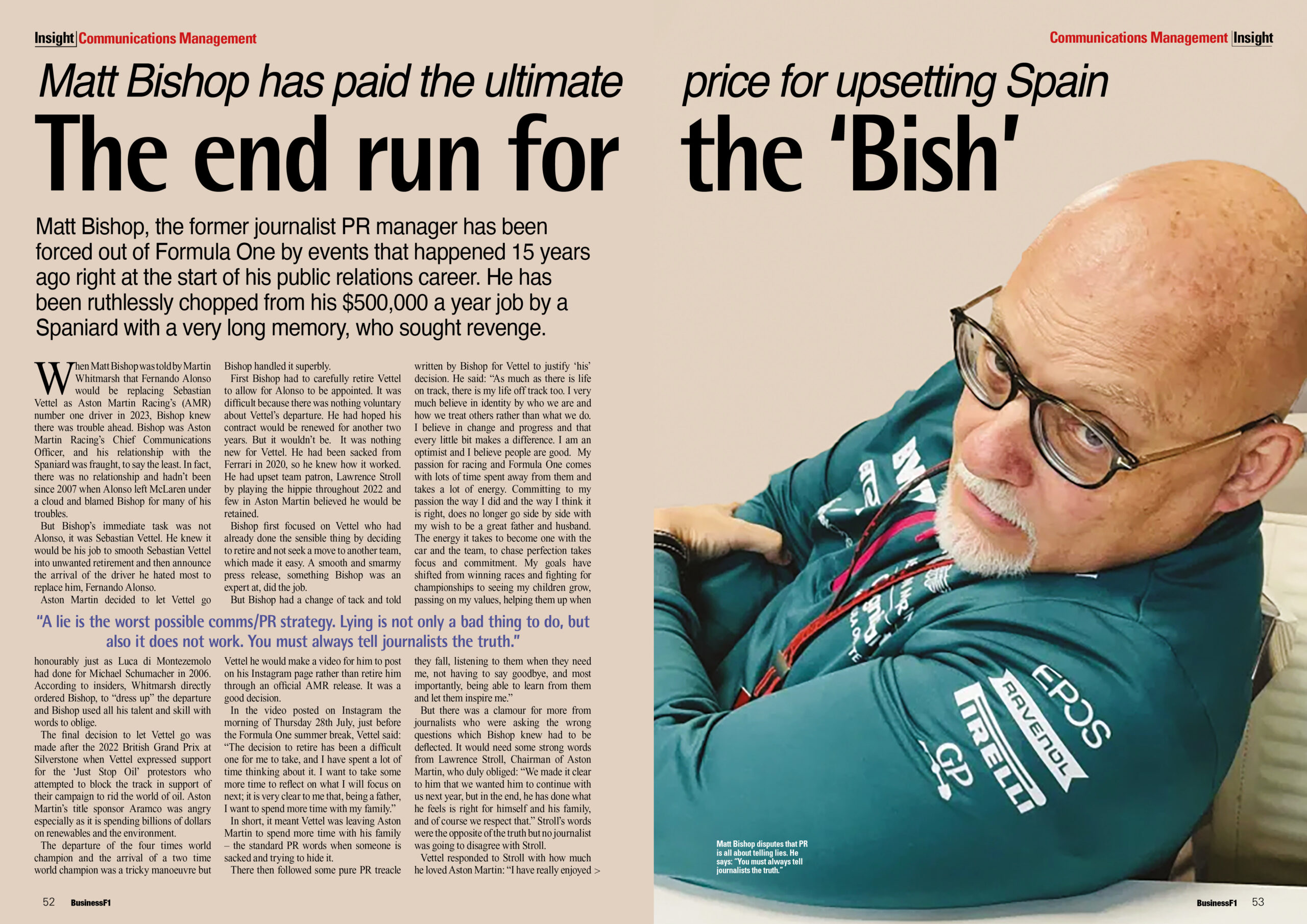 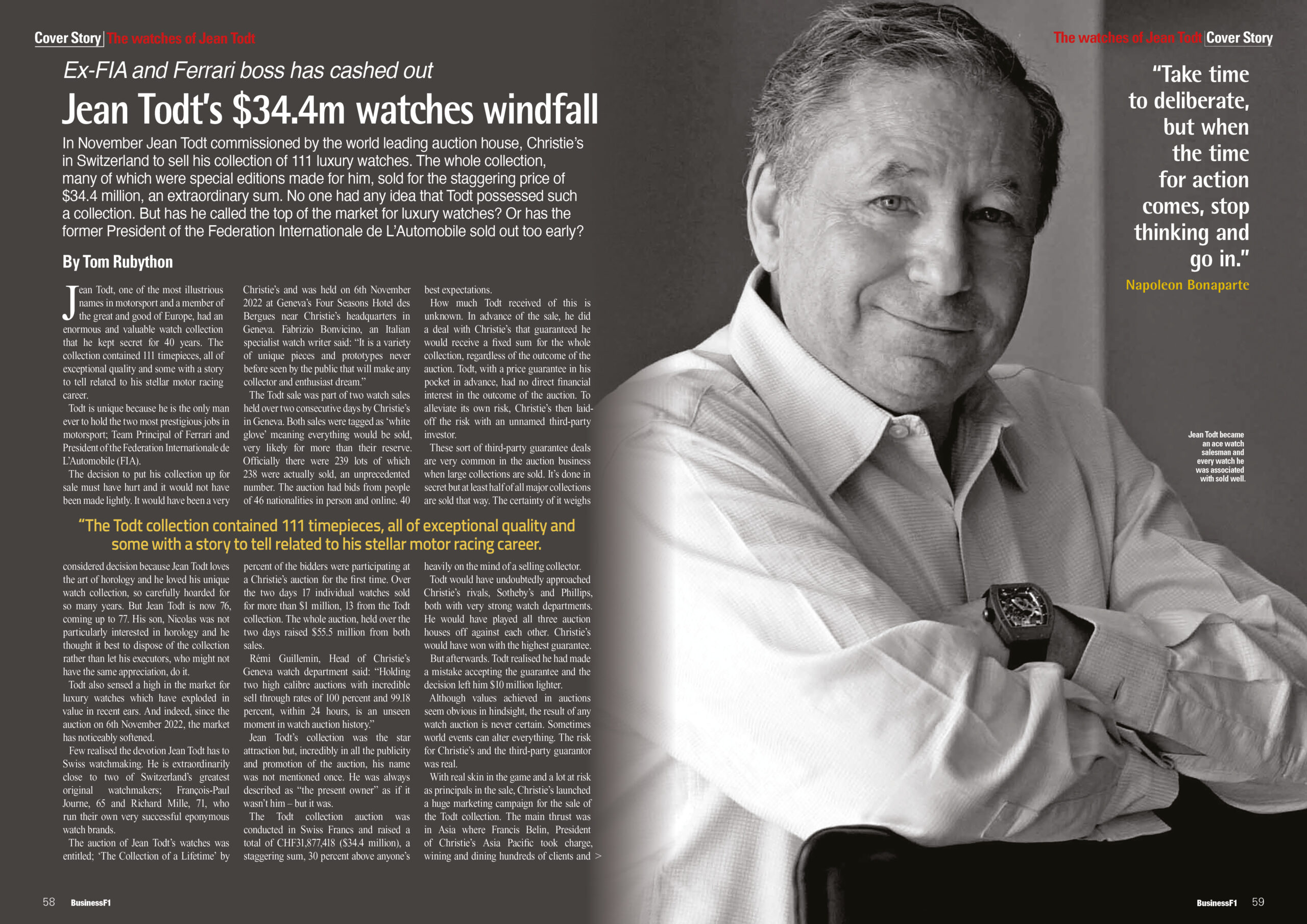 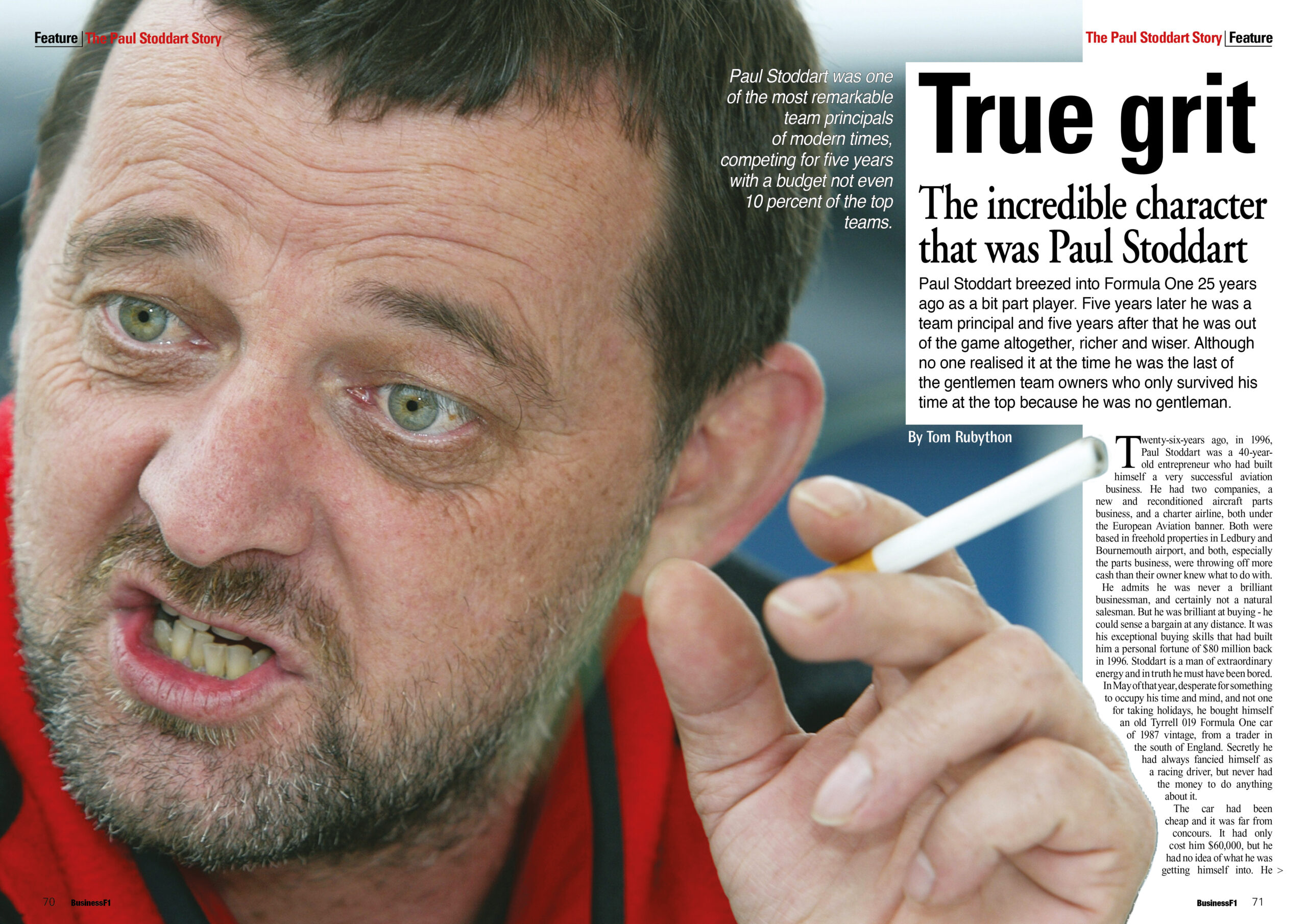