“A man who stops advertising to save money is like a man who stops his clock to save time.”
HENRY FORD, FOUNDER - FORD MOTOR COMPANY 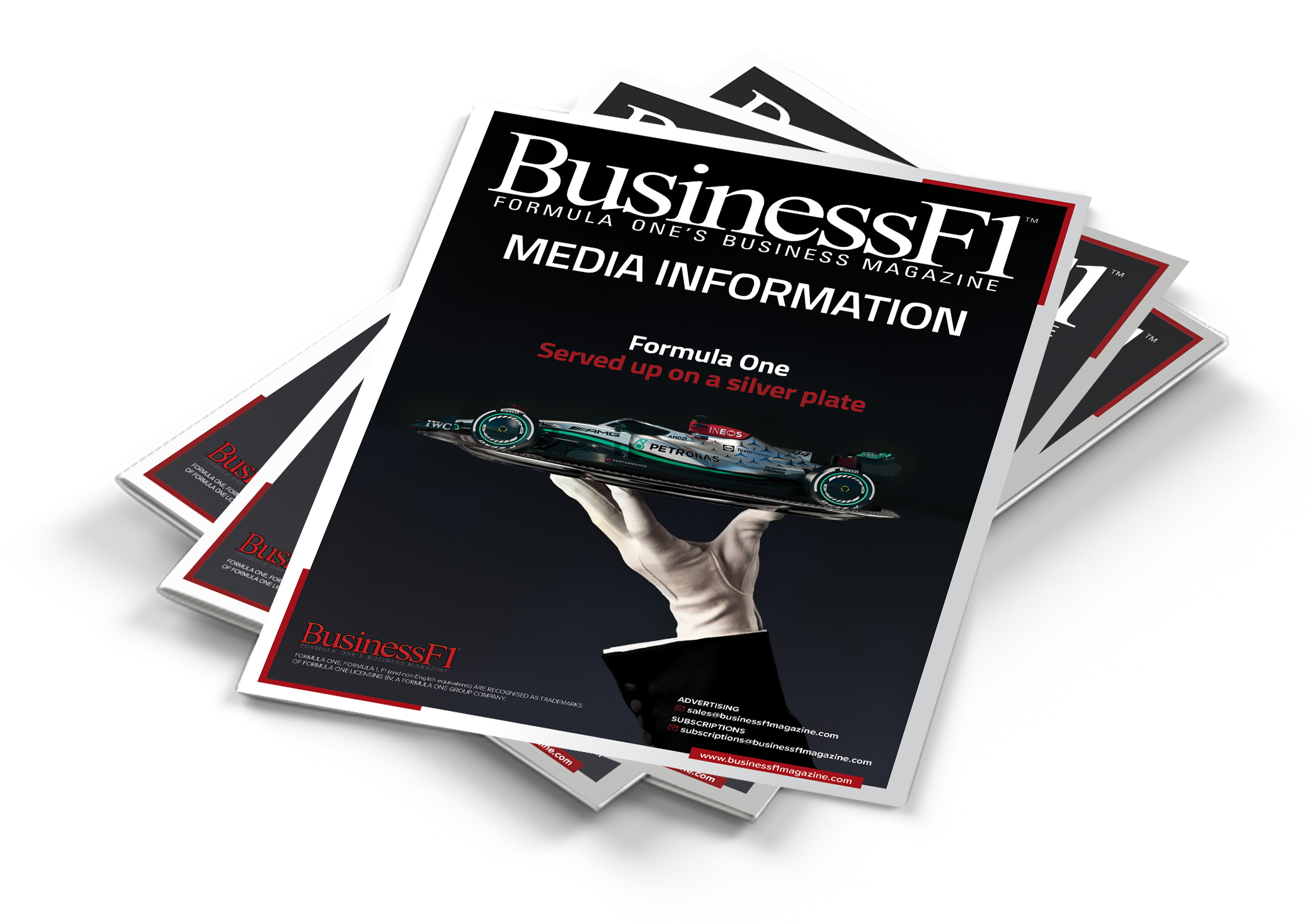 BusinessF1 was founded by Tom Rubython in 2002. Rubython was the former editor of EuroBusiness magazine and F1 Magazine which he founded in partnership with Bernie Ecclestone. Rubython met Ecclestone in the mid-nineties when he first started writing about the business of Formula One in BusinessAge and Sunday Business.

Ecclestone quickly recognised that he was the first journalist who really understood the business side of Formula One and although he did not always like what was written, he respected the style and the potential need. At the time, Rubython was the only journalist writing about the business.

Rubython is a very experienced editor who has had a long career in magazines, including publishing Marketeer, Amusement Business, LeisureWeek, BusinessAge, Sunday Business, EuroBusiness, Formula 1 Magazine, BusinessF1 and SportsPro. He has written four books about Formula One; The Life of Senna, a biography of Ayrton Senna, Shunt, the story of James Hunt and two non-fiction motorsport books called In The Name Of Glory and Fatal Weekend. He has also written biographies of actor, Richard Burton, singer, Barry White and financier, Jesse Livermore.

The breath of fresh air in sports marketing. Provocative, authoritative, funny, tenacious and most of all... addictive

Tom Rubython published the first issue of BusinessF1 in March 2003. It was an immediate success, generating over 1,000 subscriptions before launch and quickly building to an audited circulation of over 7,000 copies a month. It also proved very popular with business advertisers.

Bernie Ecclestone recognised the benefits of the magazine and was broadly supportive. In contrast Max Mosley, the then President of the FIA (the world governing body of motorsport) was not enamoured by BusinessF1’s behind the scenes in-depth reporting and detailed coverage of the sport. He initially took a position against the magazine, denying access to the Formula One paddock and applied other restrictive sanctions.

Despite this handicap, the magazine was able to prosper. Eventually there was a rapprochement between Mosley and BusinessF1, paddock access was restored and he and Rubython forgot their differences. Mosley came to accept that BusinessF1, with its unrivalled coverage of sponsorship and business, was good for the sport.

It is a fact that Formula One’s sponsorship income exploded over the next five years, reaching nearly $1.5 billion a year. Unsurprisingly, the magazine became widely read across the whole of the sport's business world.

BusinessF1 was published continuously every month until December 2007 when the magazine found itself covering the wider sports world more frequently, to the extent that eventually many of its readers were from different sports. It naturally evolved and changed its name to SportsPro magazine in January 2008.  The magazine’s popularity continued as SportsPro and a year later Tom Rubython sold the magazine to Henley Media Group who continue to publish the magazine and have grown the business into a multimedia group with activities including conferences and exhibitions, generating sales of over $6 million a year.