The March issue reflects the calm before the start of the season, as teams gear up for the pre- season tests and the first two races in the Middle East. BusinessF1 takes a look at the reality of the new season, who has sold its sponsorship and who hasn’t. We also report the story of Michael Andretti’s entry into Formula One, the inside story of David Coulthard’s complicated love life and the money it may cost him. We also look at the transformation of the Alpine team under the management of Laurent Rossi and ask whether Rossi can make it work. The cover story is a look back at the 10 biggest swindlers who have operated in Formula One over the past 30 years. It’s no surprise to learn that Tom Walkinshaw is number one on the list. 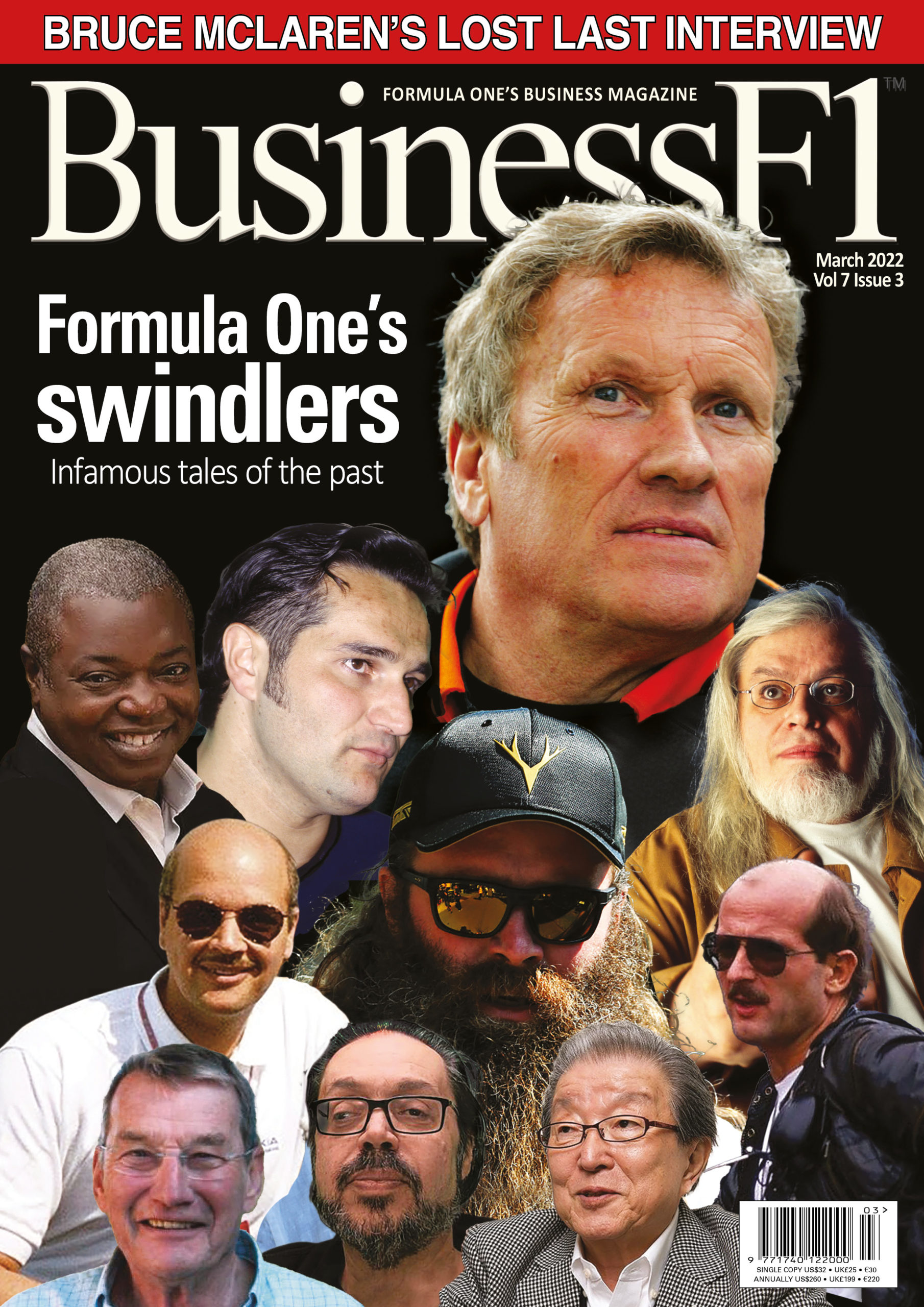 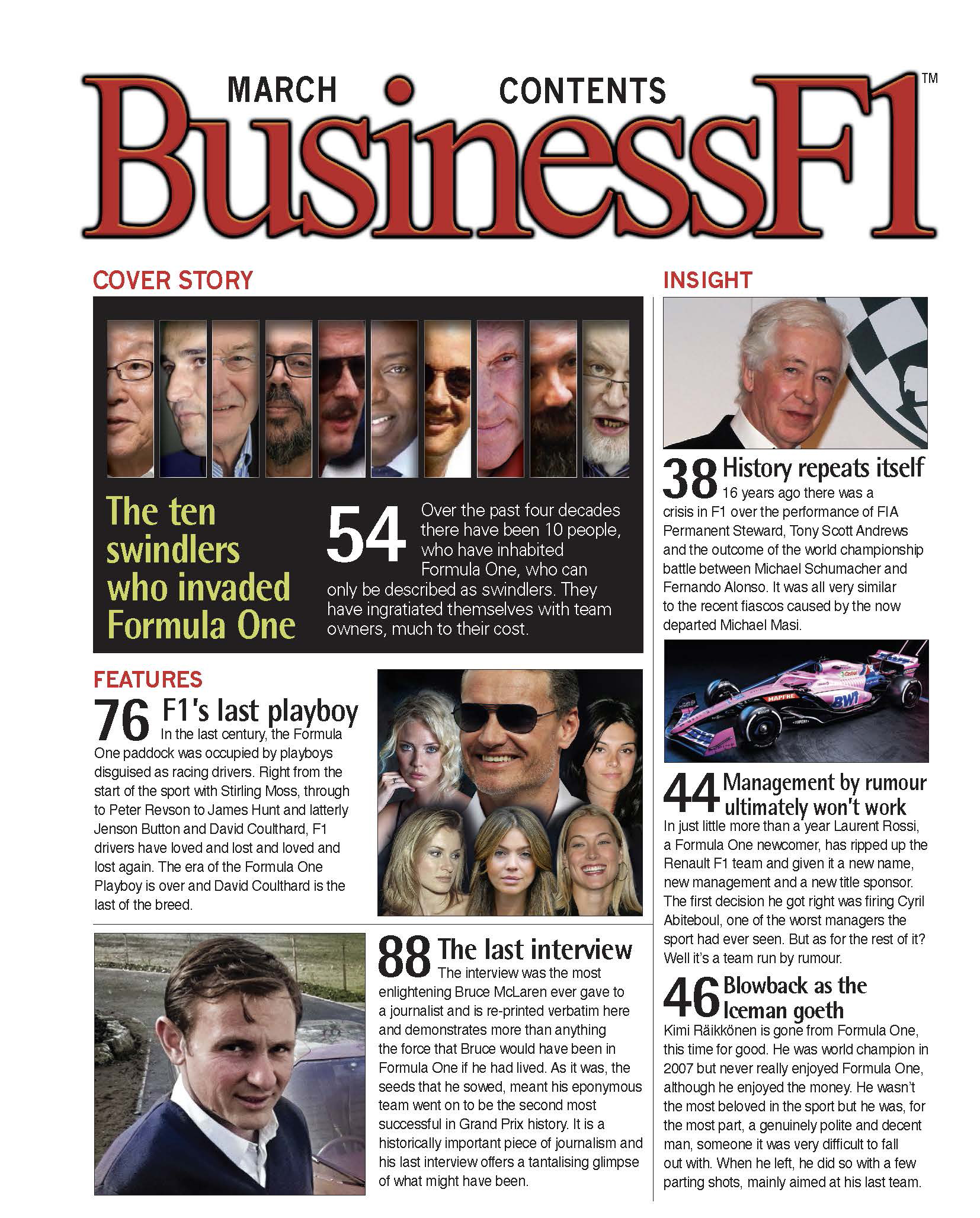 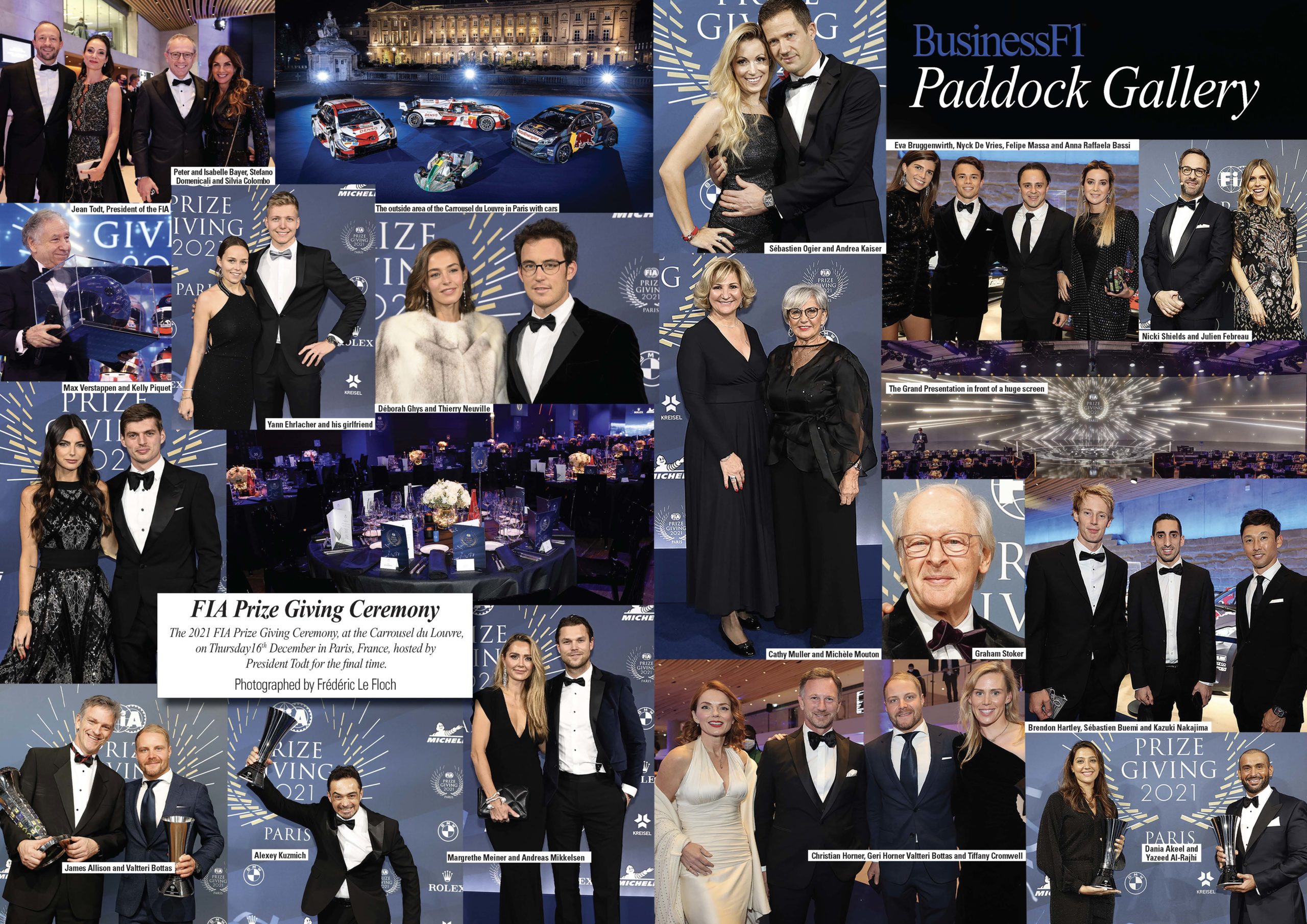 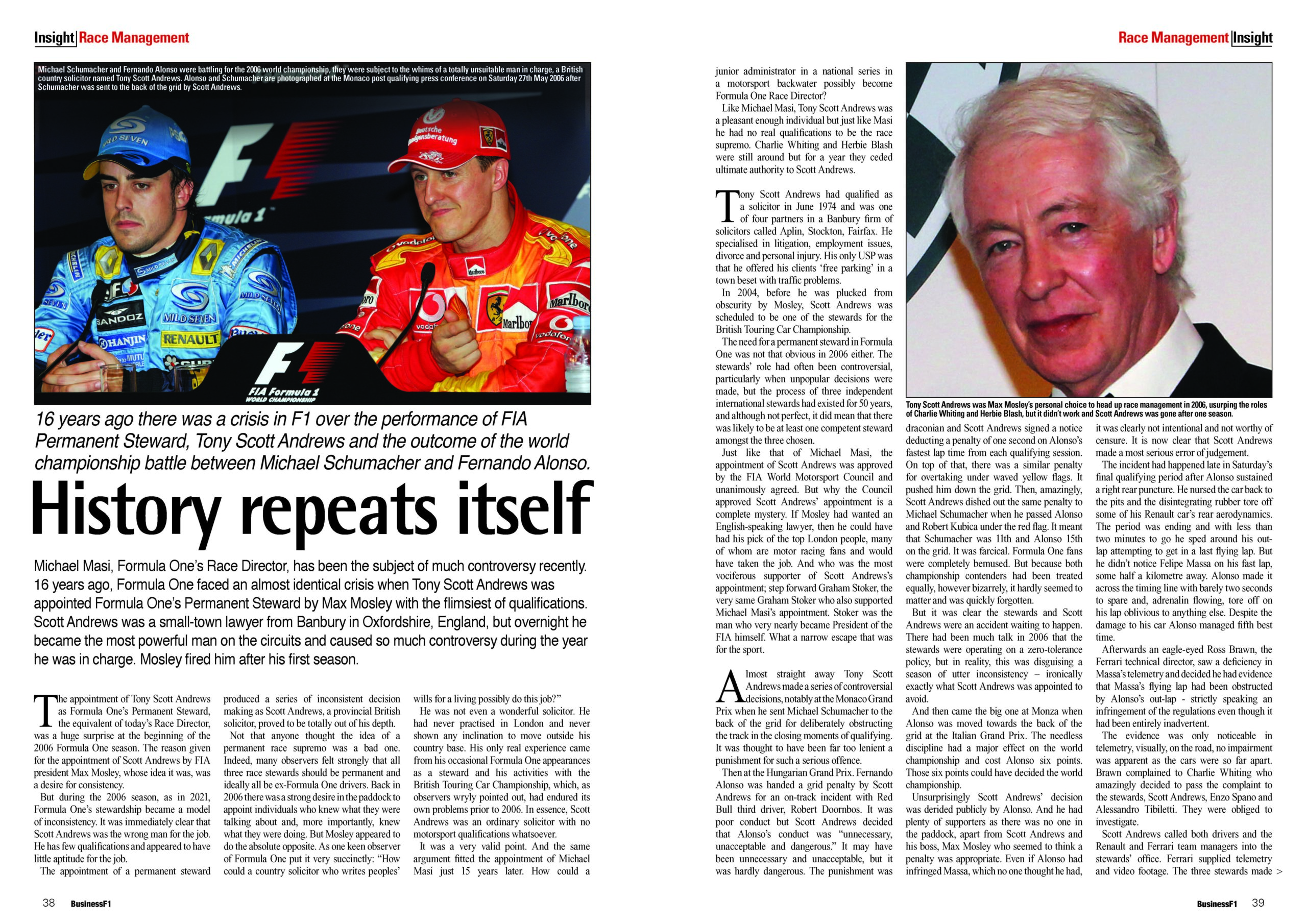 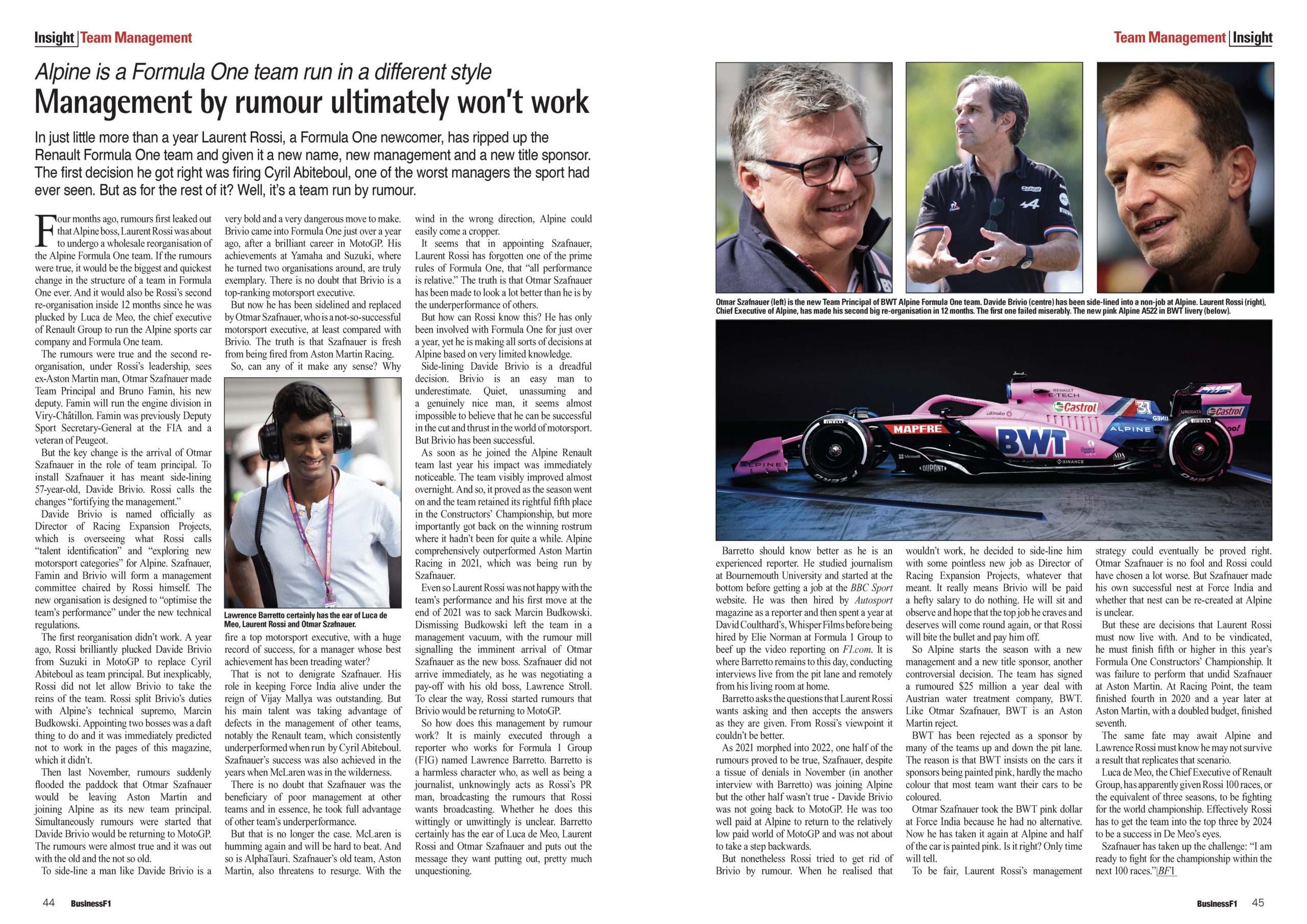 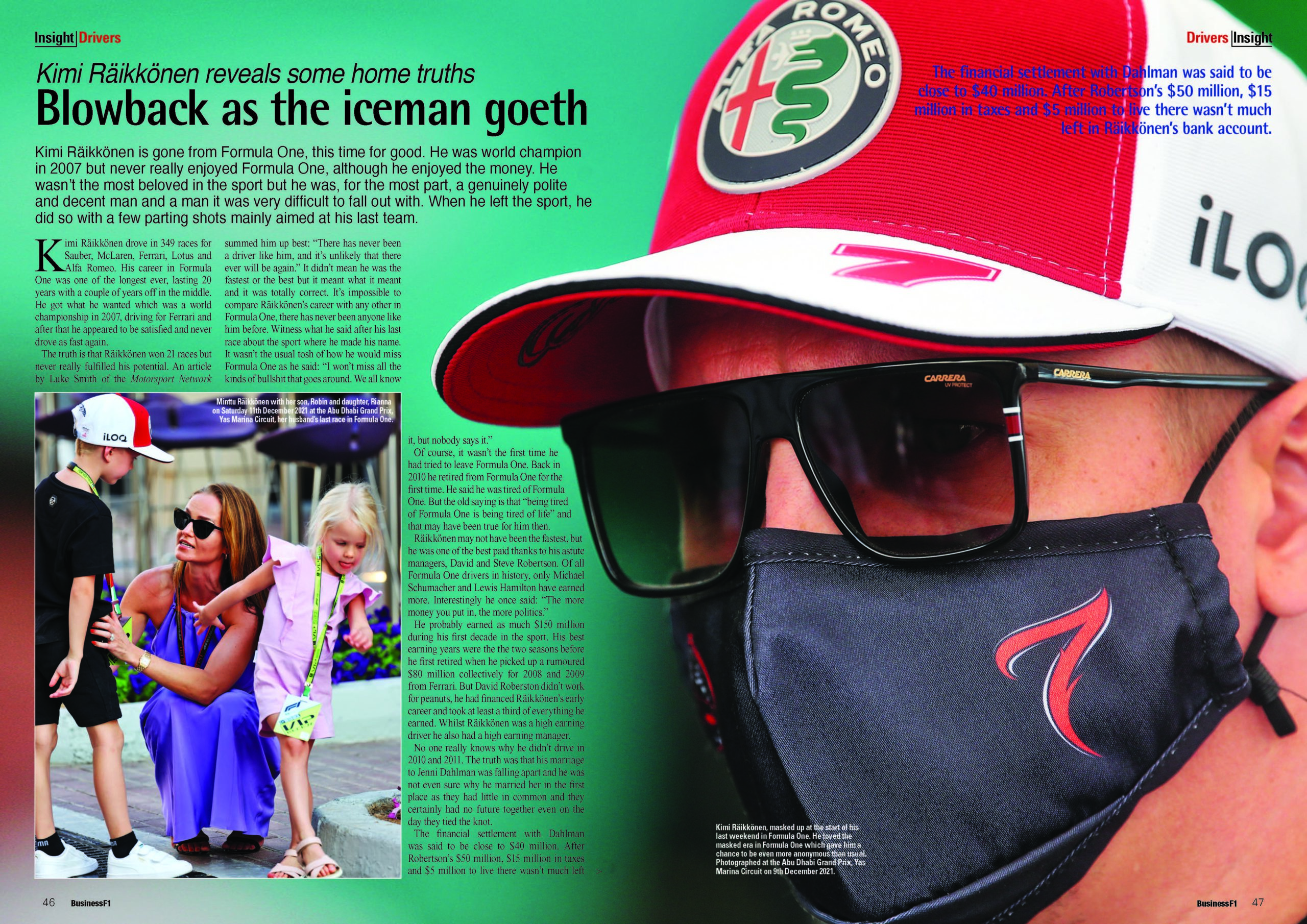 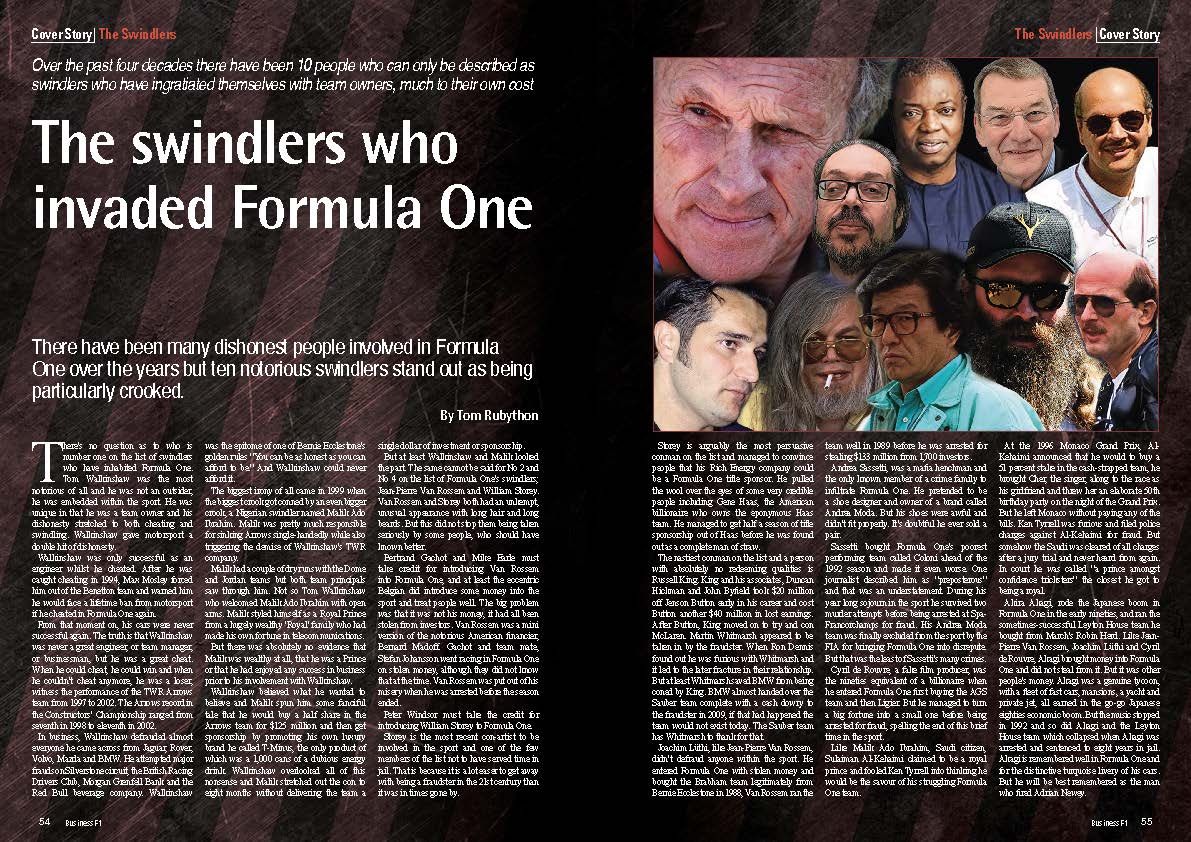 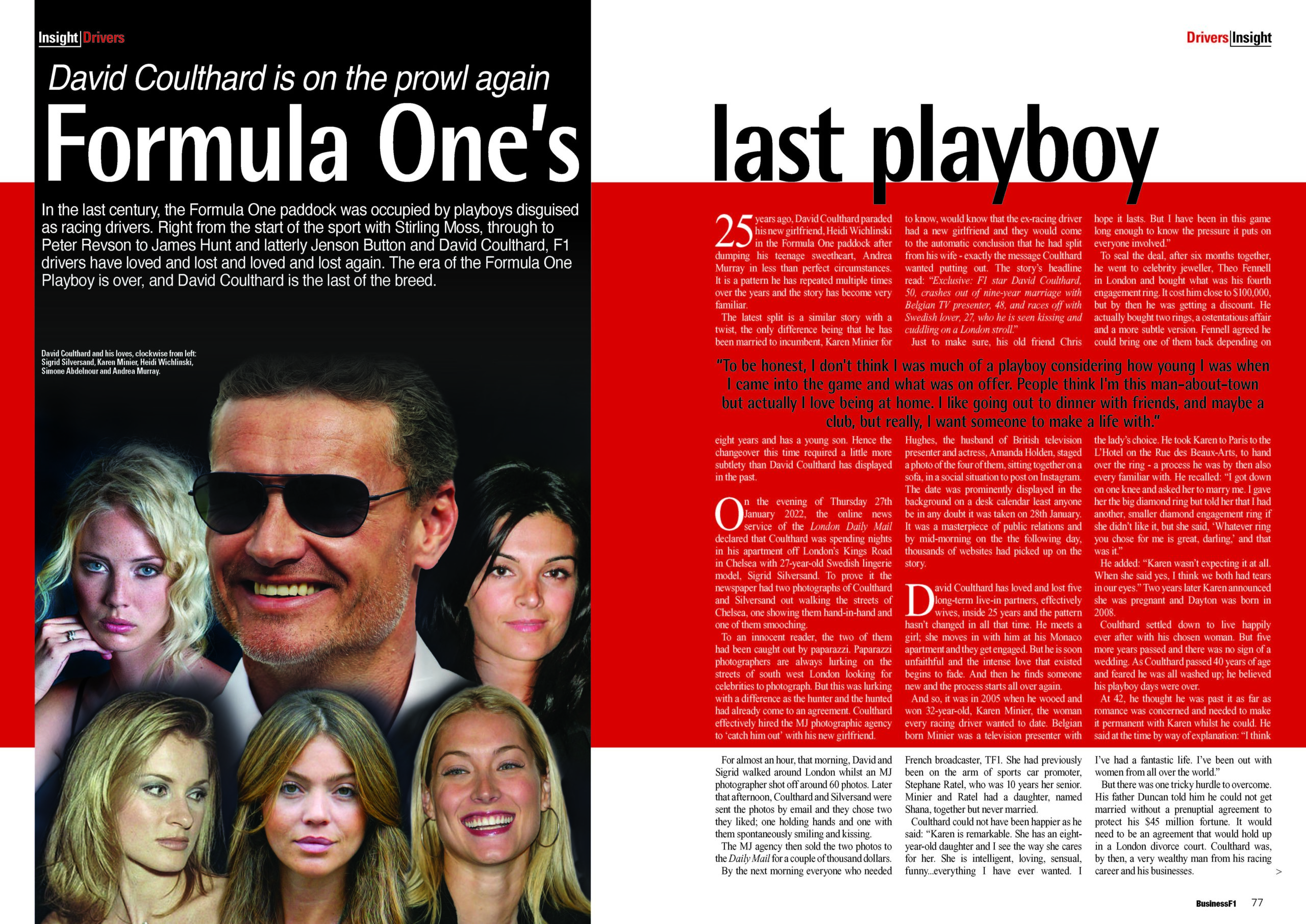 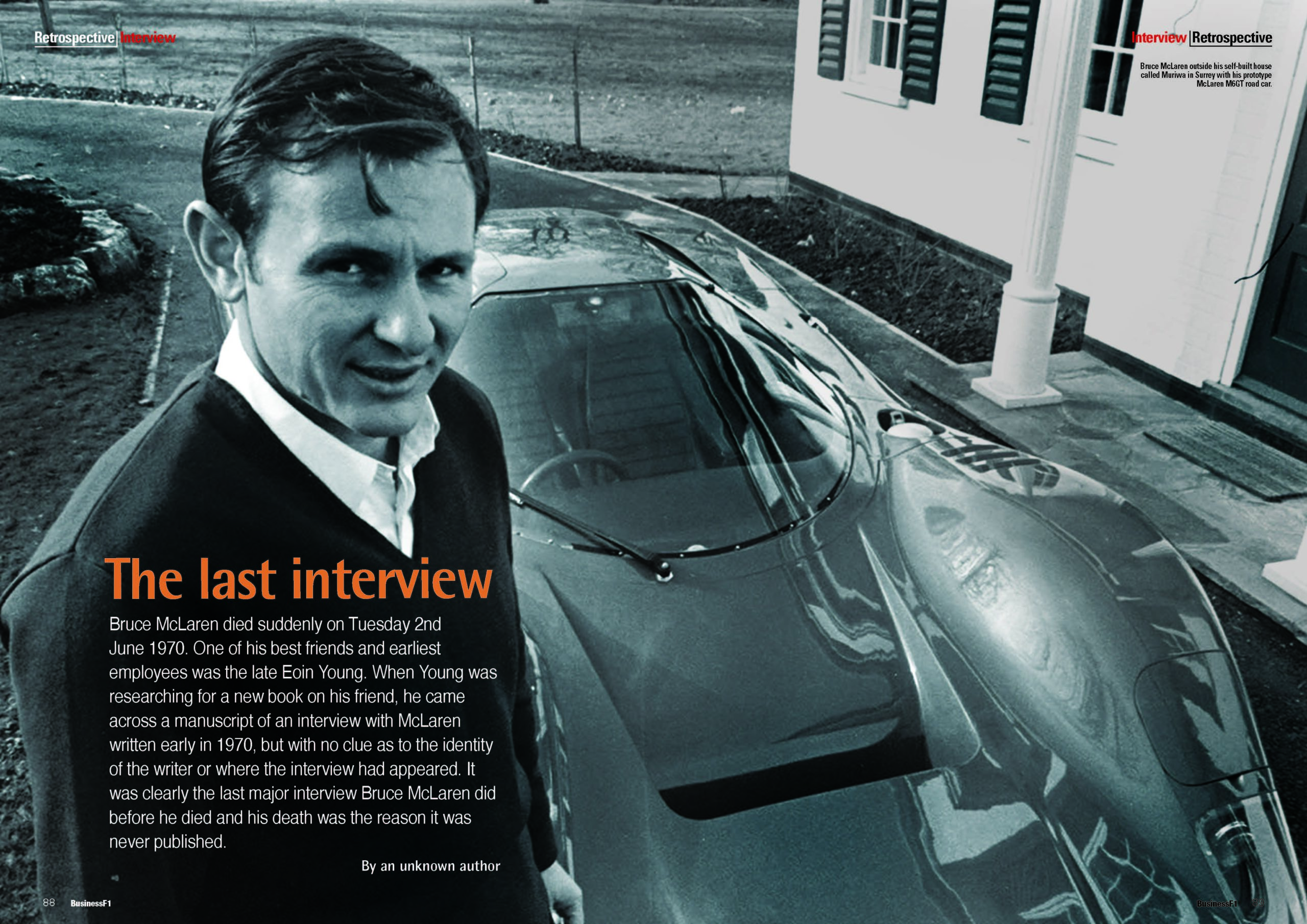