The August issue of BusinessF1 features a detailed analysis of the salaries paid to Formula One drivers for the past 72 years. In a comprehensive 22-page report we list and profile the 117 drivers who have earned more than $1 million driving Formula One cars. It ranges from Jackie Stewart, Formula One’s first millionaire driver in 117th place, to Lewis Hamilton at No 1, paid $440 million (so far). Forget the hype you read elsewhere, this is the reality of what drivers are paid. The August issue has 38 pages of News and Insights you will not read elsewhere, including the real story behind Aston Martin Lagonda’s rights issue. August profiles both John Malone and Dr Helmut Marko. Plus Part 1 of the last love story of Ayrton Senna, the story that was embarrassingly excluded from the Senna documentary and retold here in a three part series. 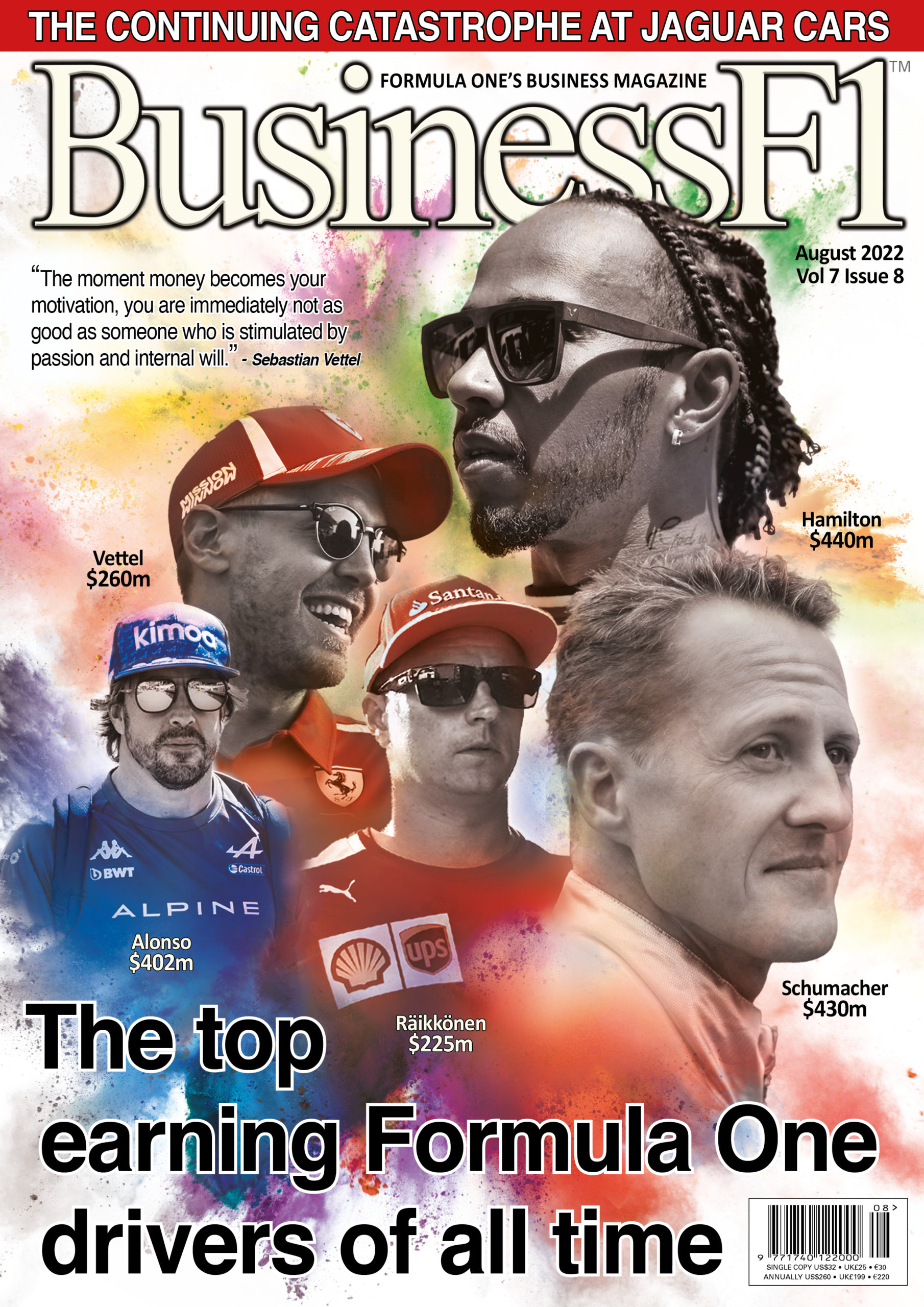 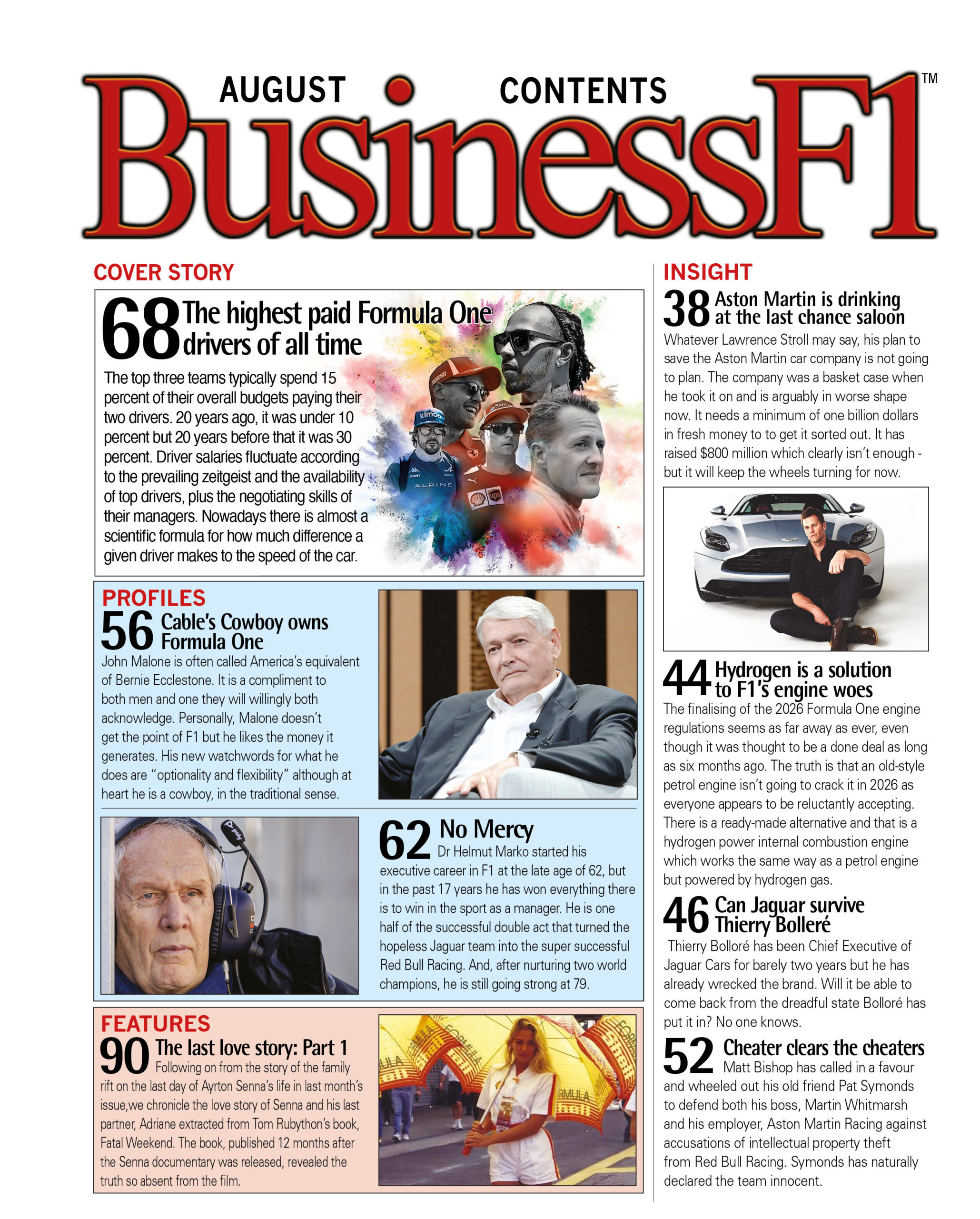 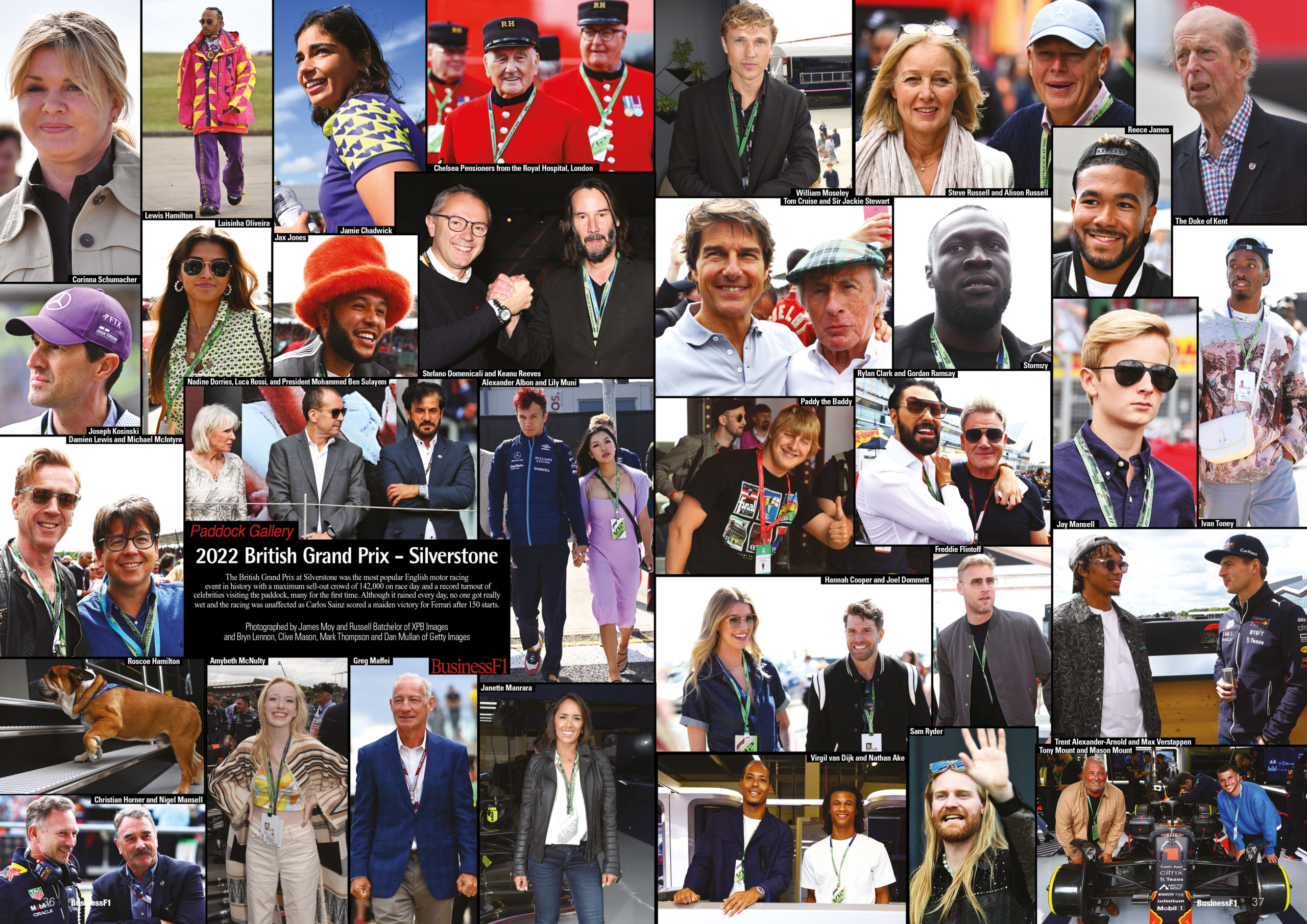 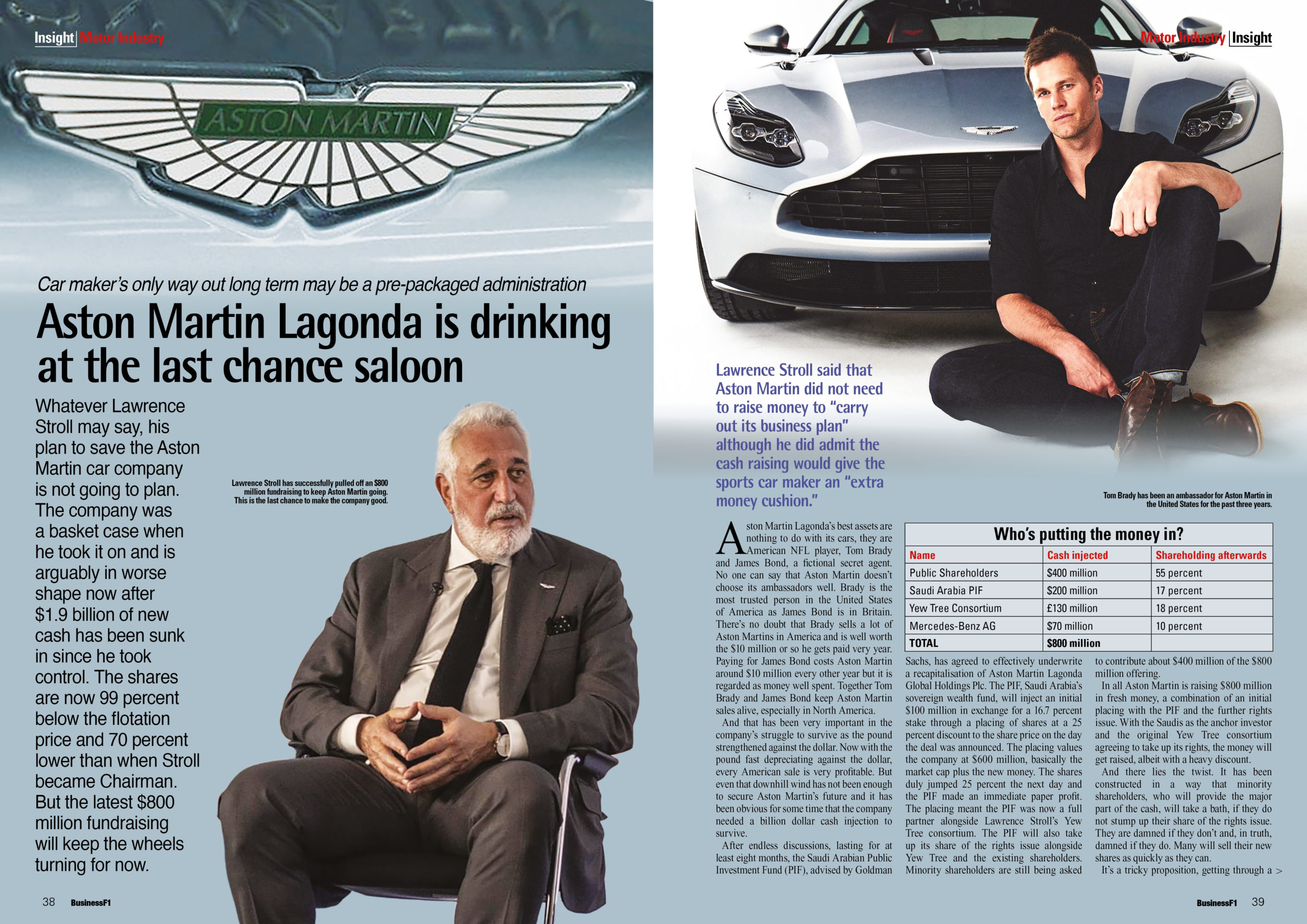 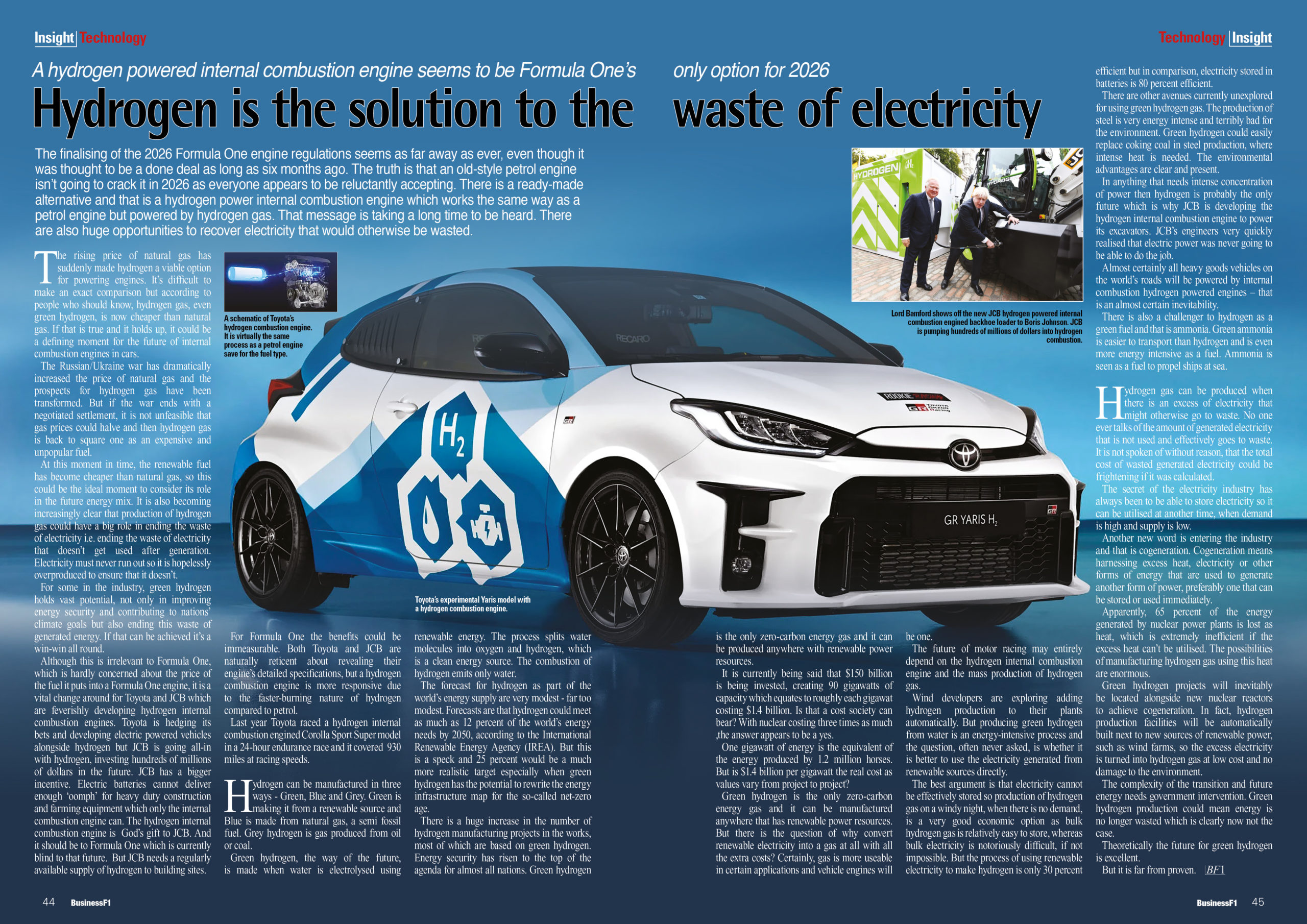 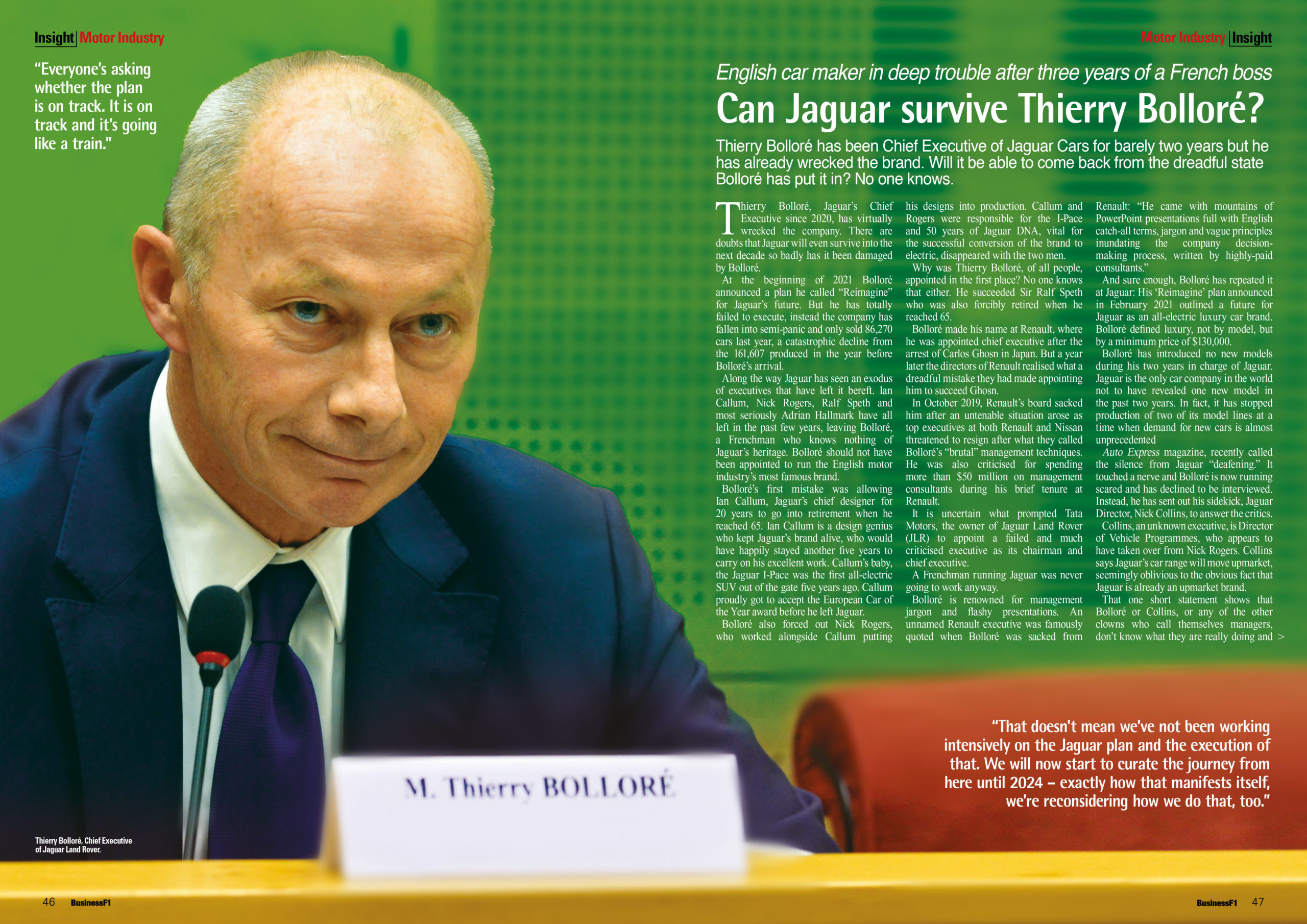 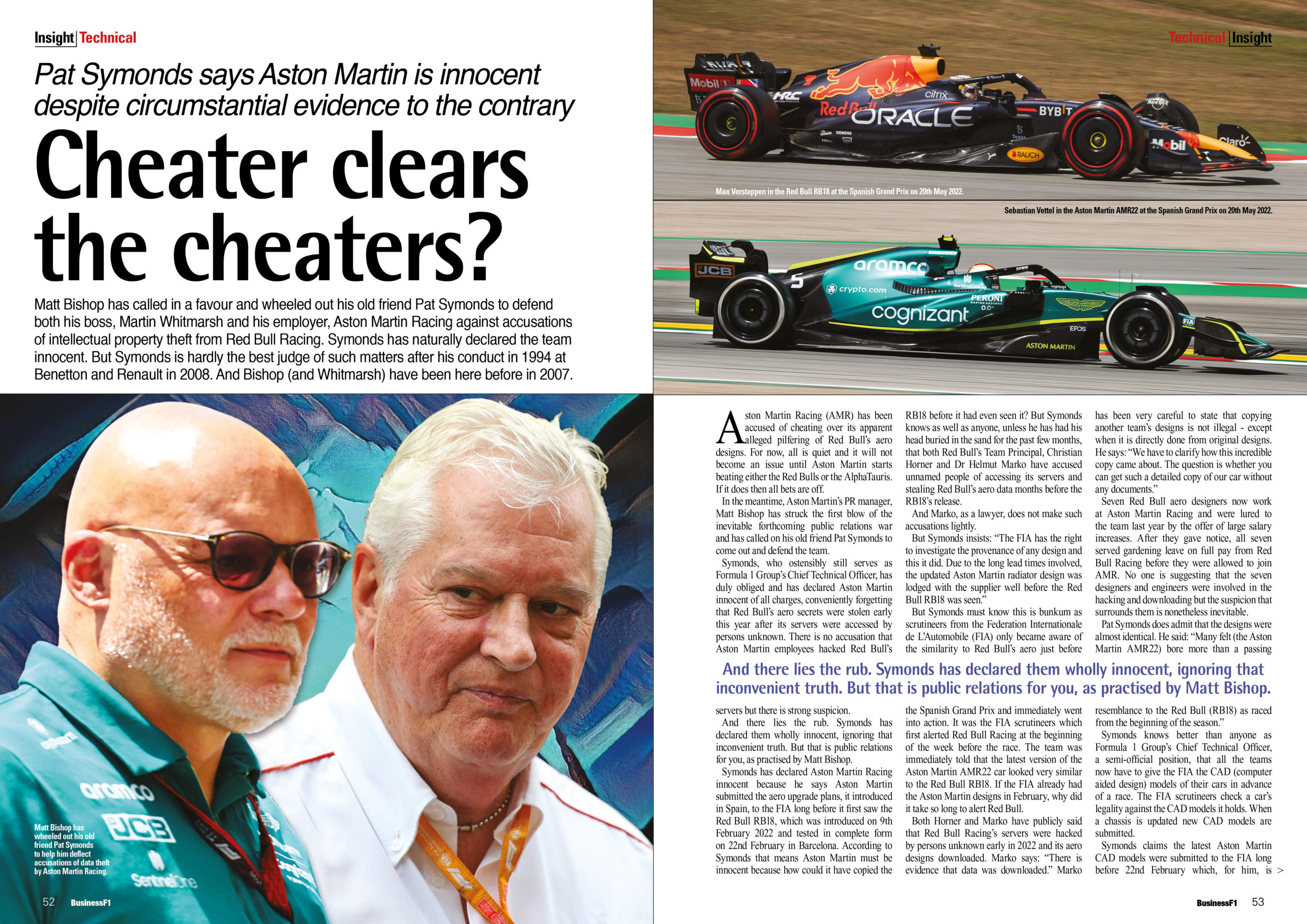 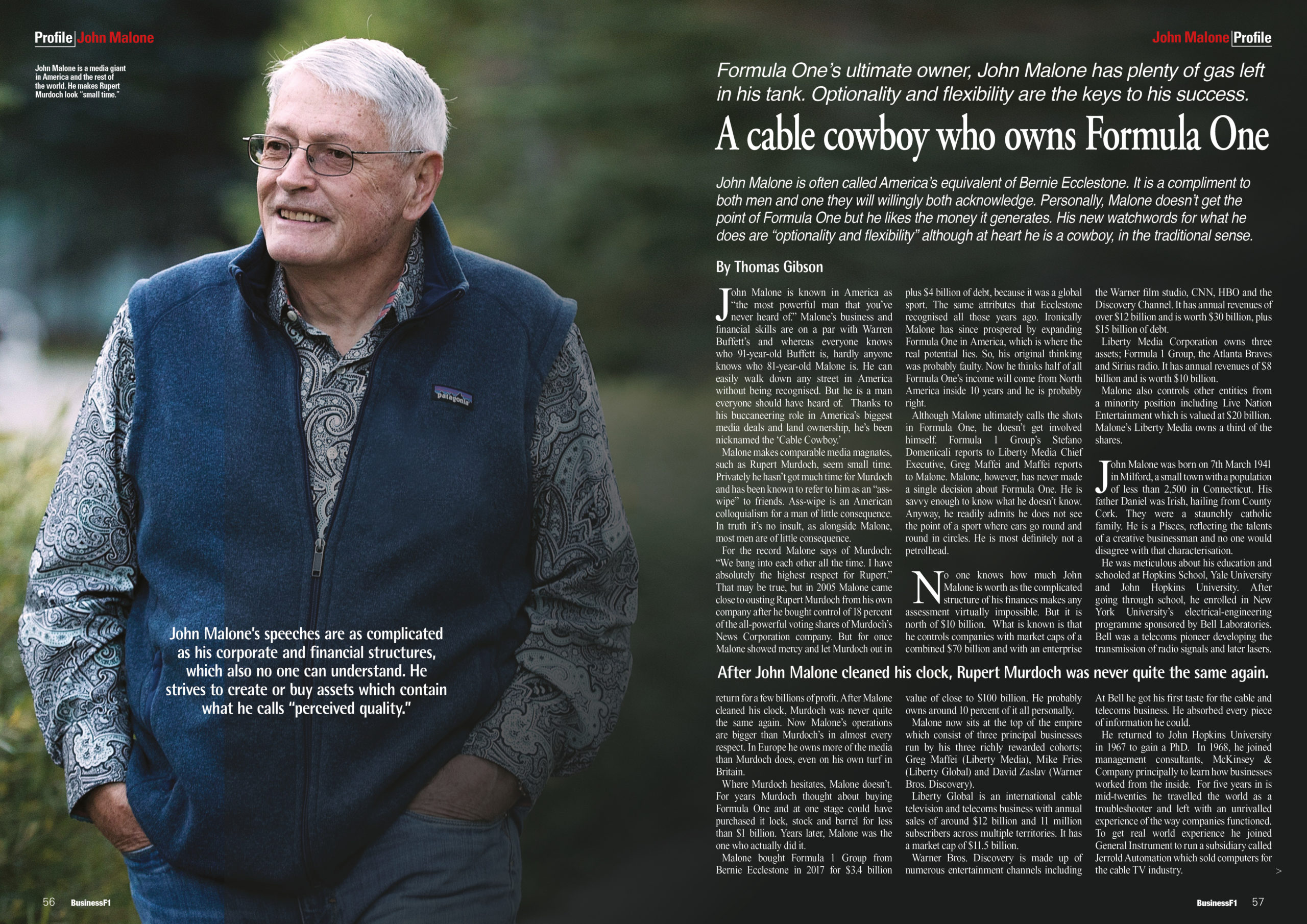 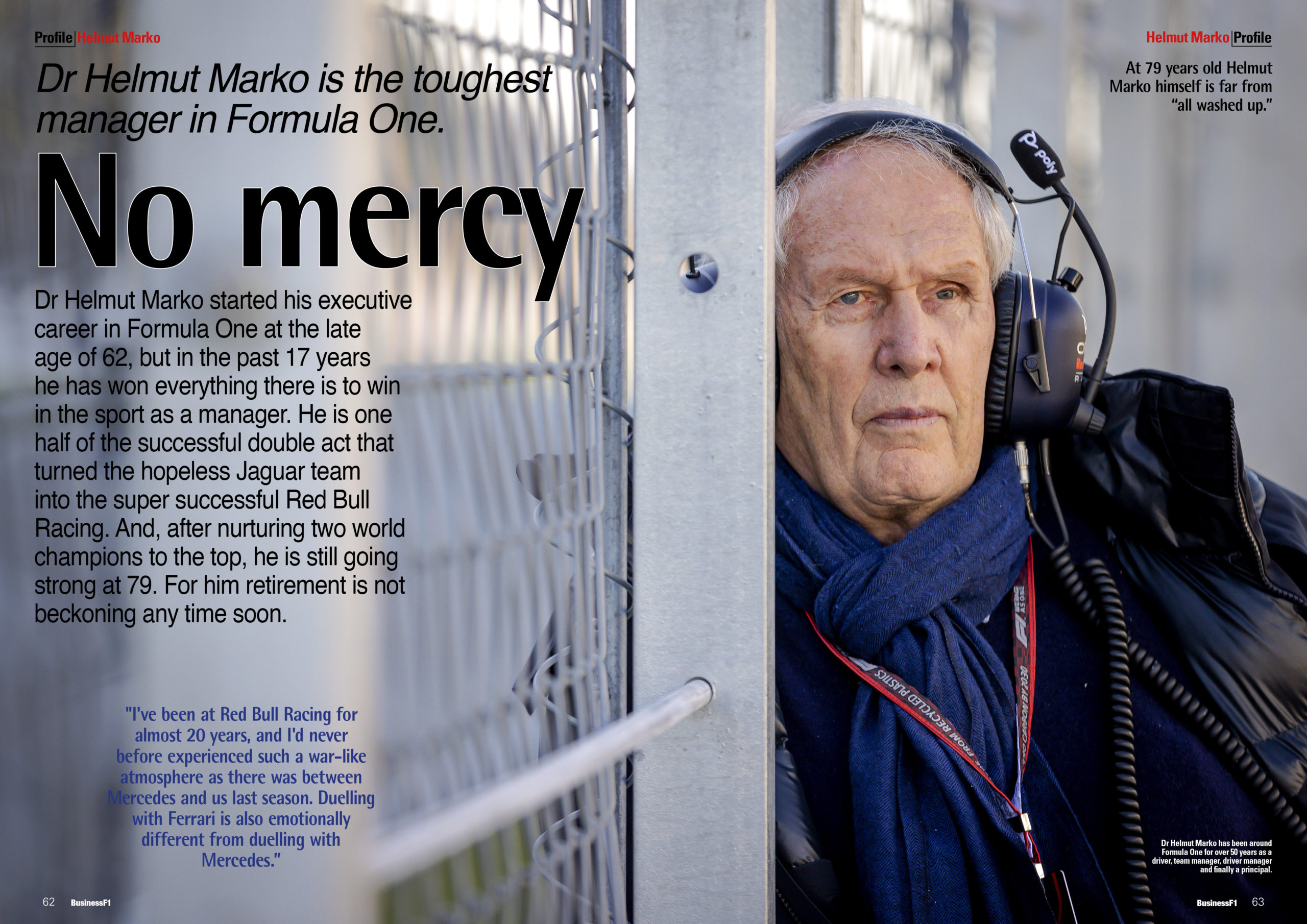 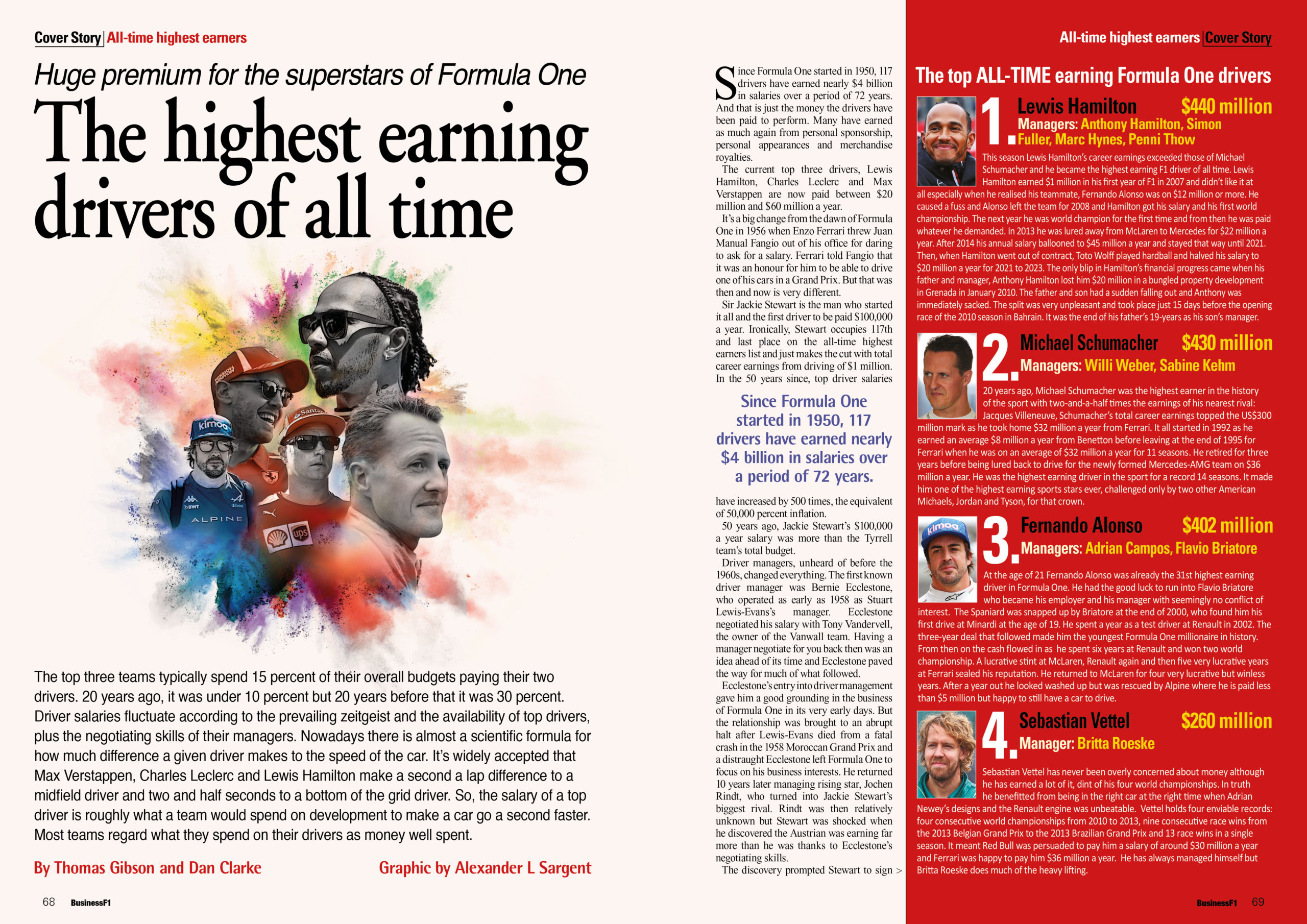 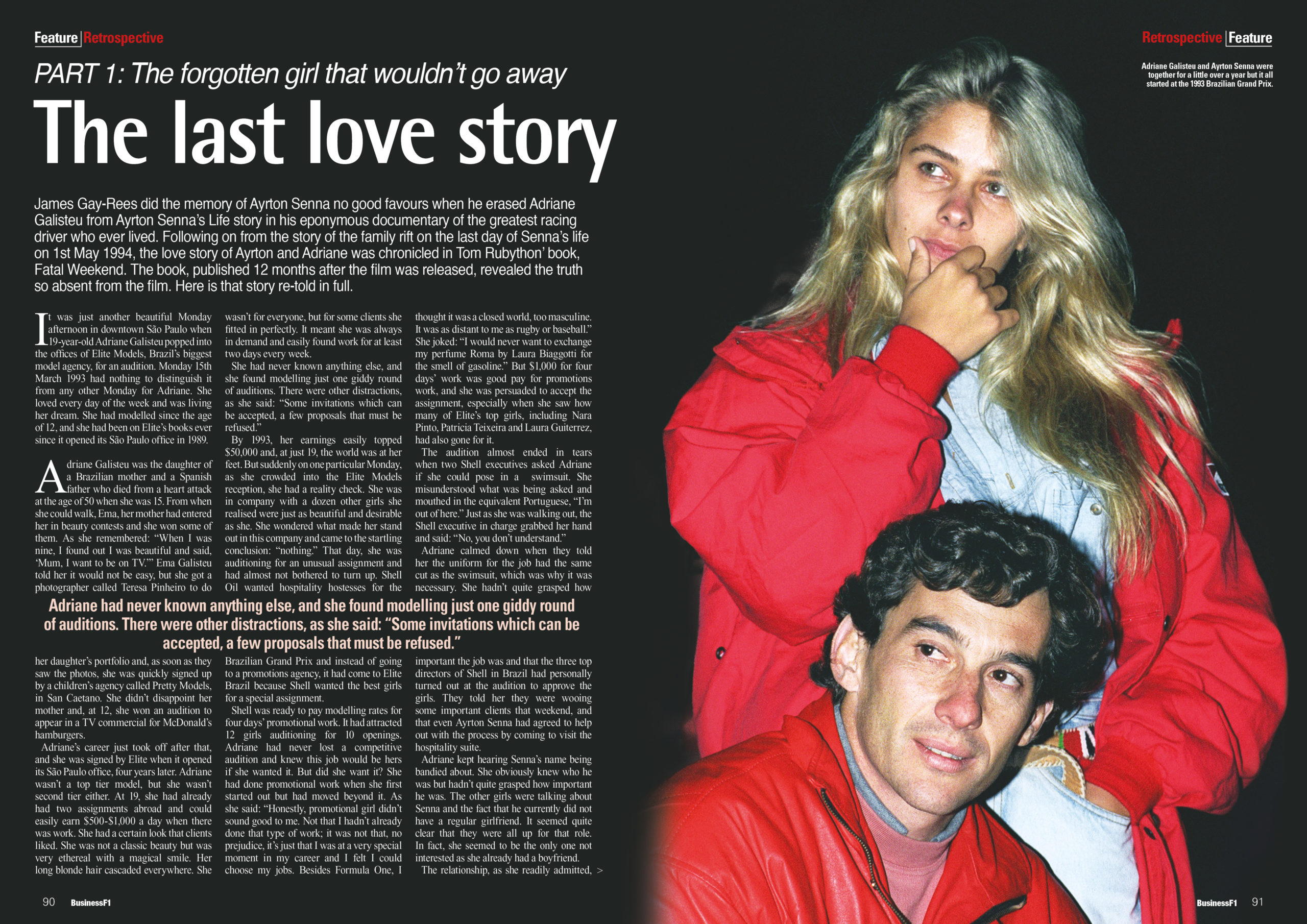