The September issue contains almost 20 pages of news – news you do not get elsewhere as well as over 12 pages of Insight, including new attempts on the outright speed record at the Nurburgring for road legal cars. The cover story tells the story of the Band of Brothers who made modern day Formula One; Bernie Ecclestone, Max Mosley, Charlie Whiting John Hogan and Patrick McNally. It is full of new information and stories never revealed before. This month’s investigation is Death of a Sports Property Part 2, the story of Jaguar Racing and five years of utter incompetence by four sets of managers. Plus Part 3 of our series of articles on the early life of Niki Lauda…and lots more. 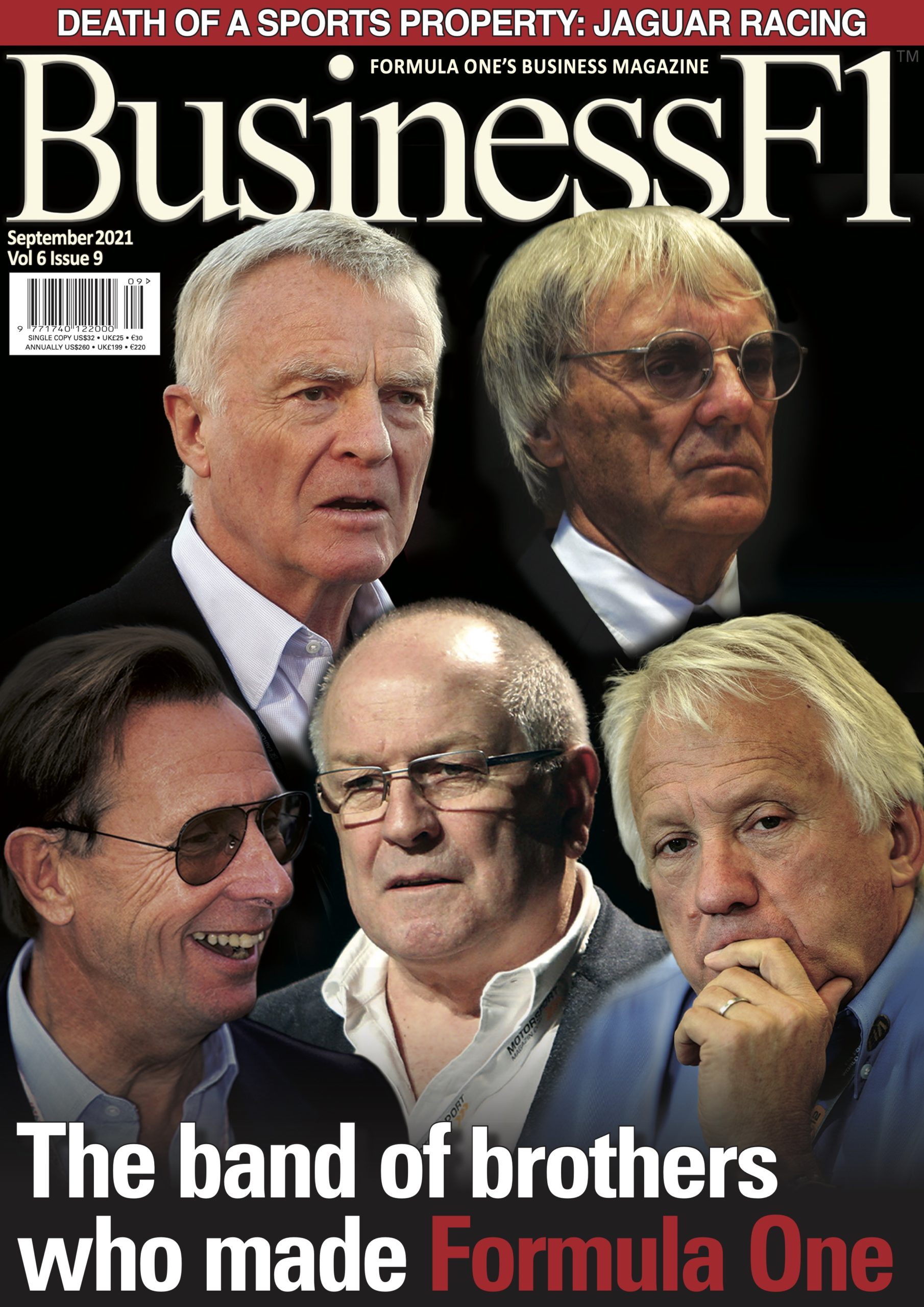 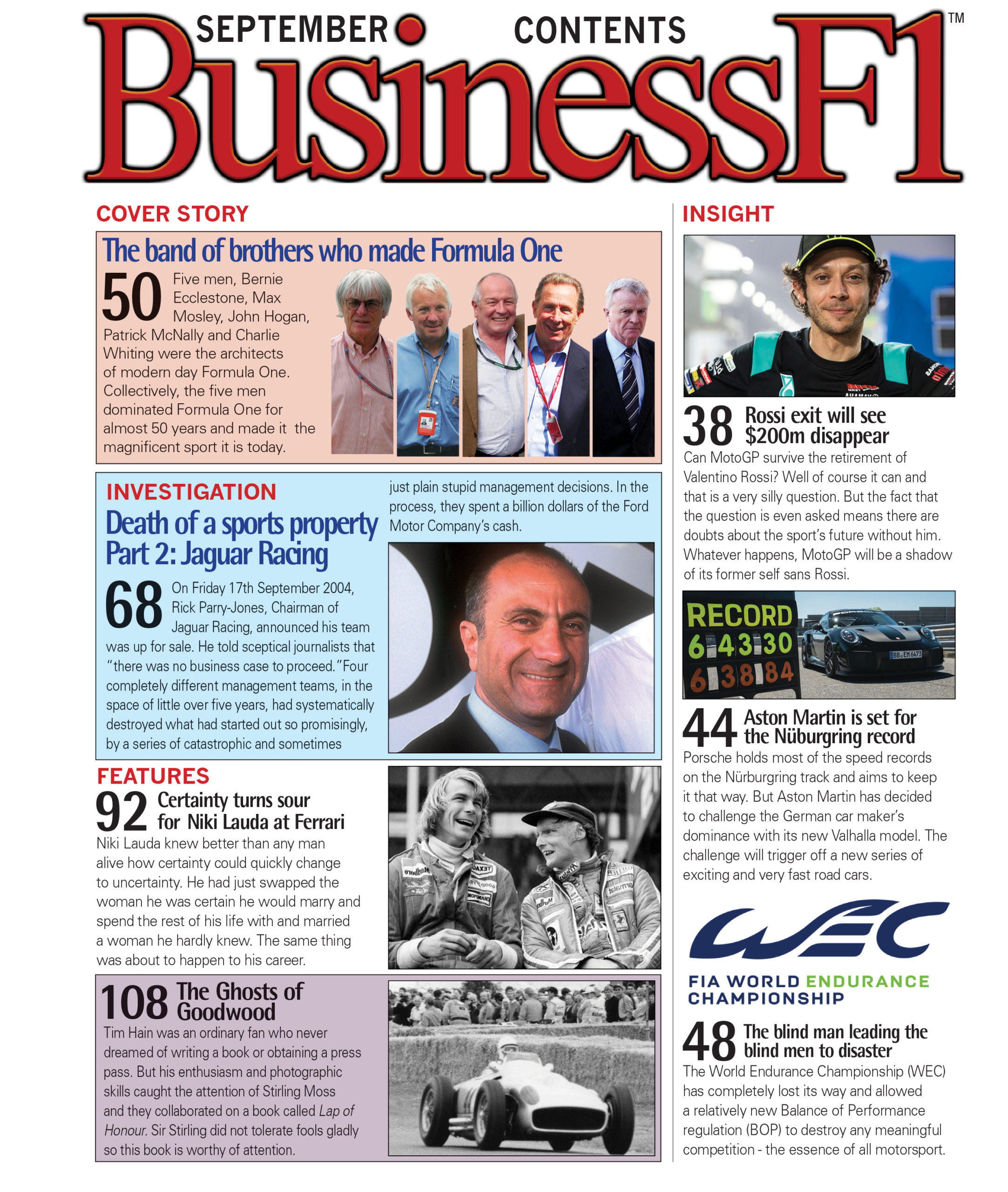 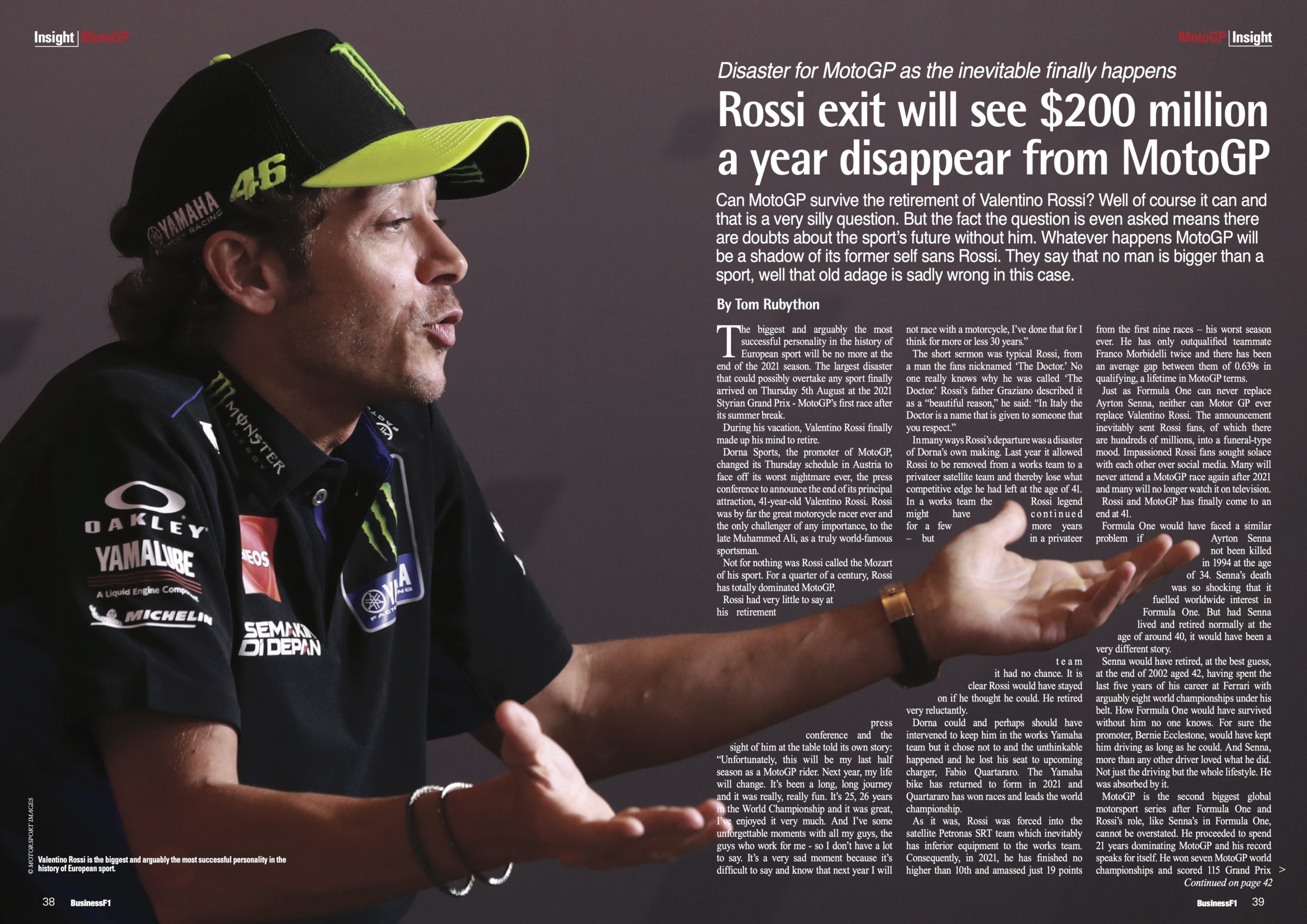 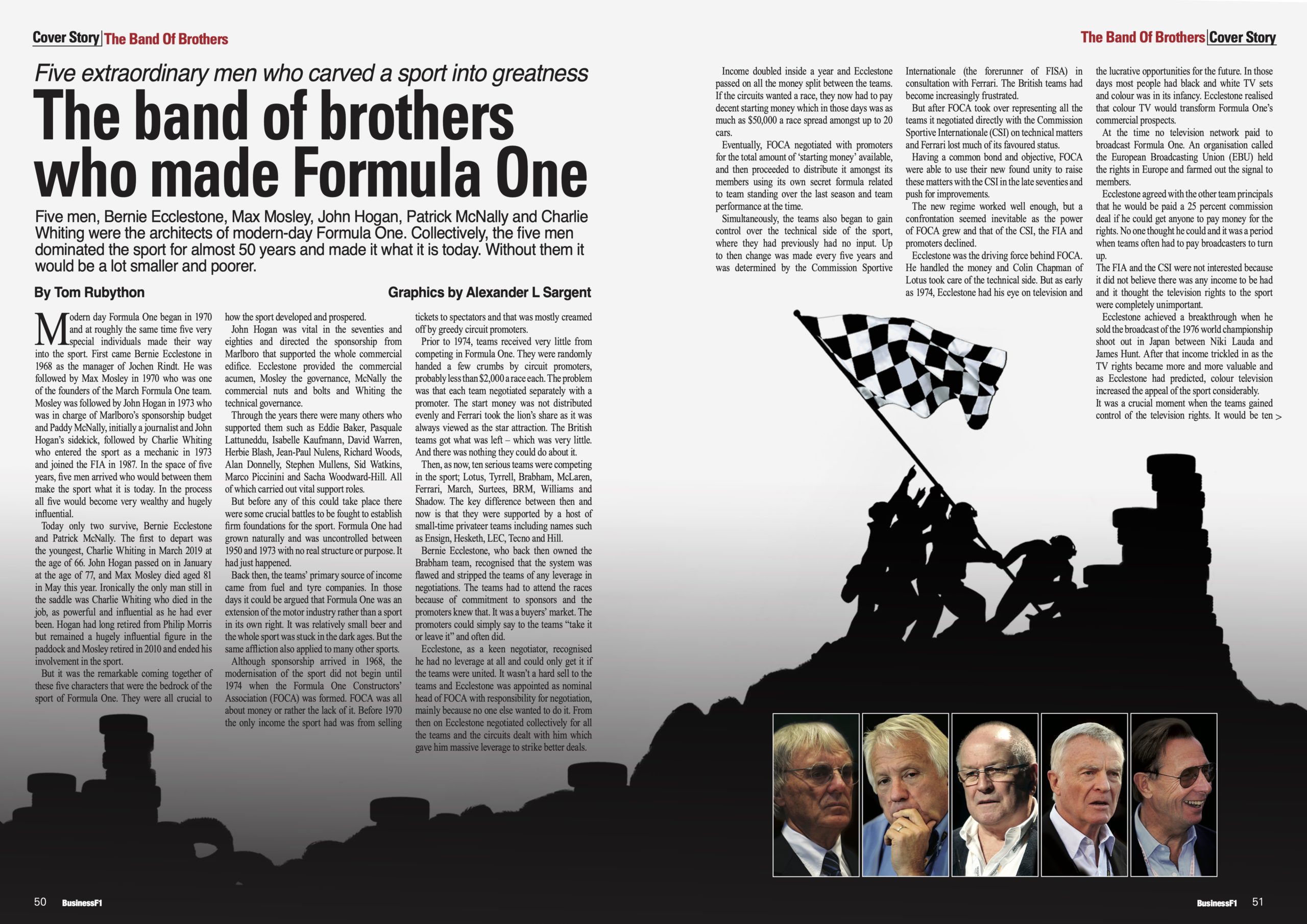 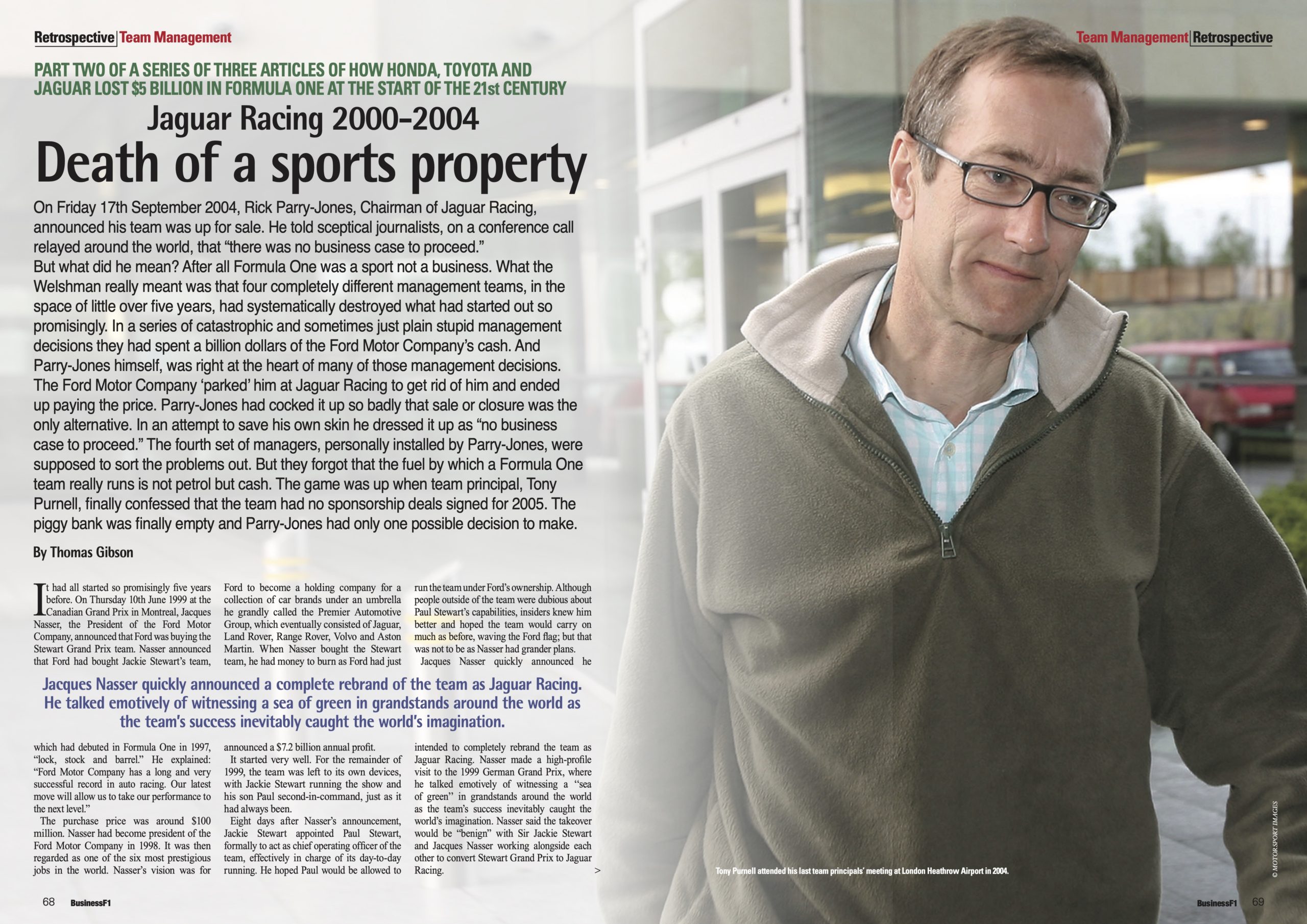 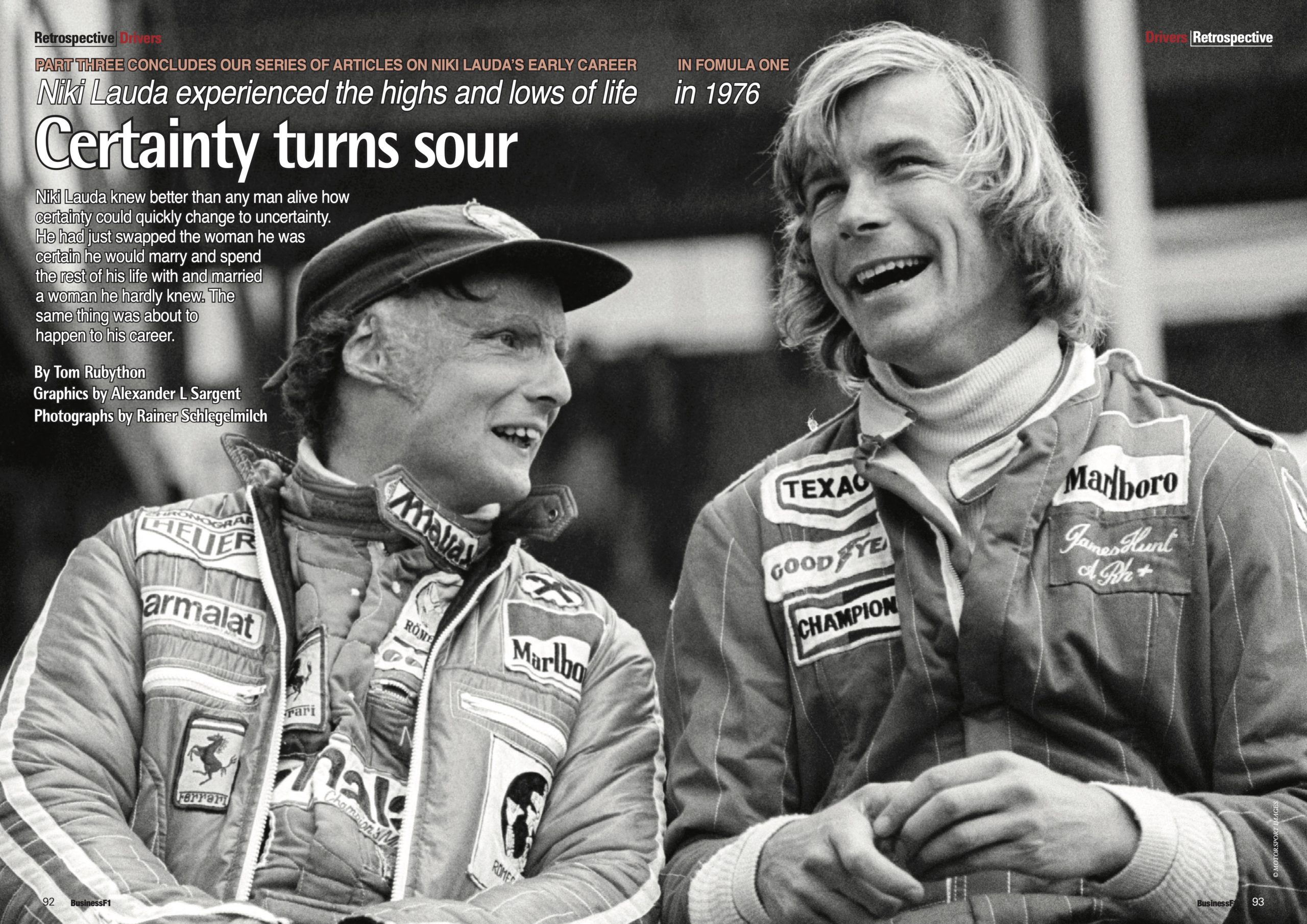 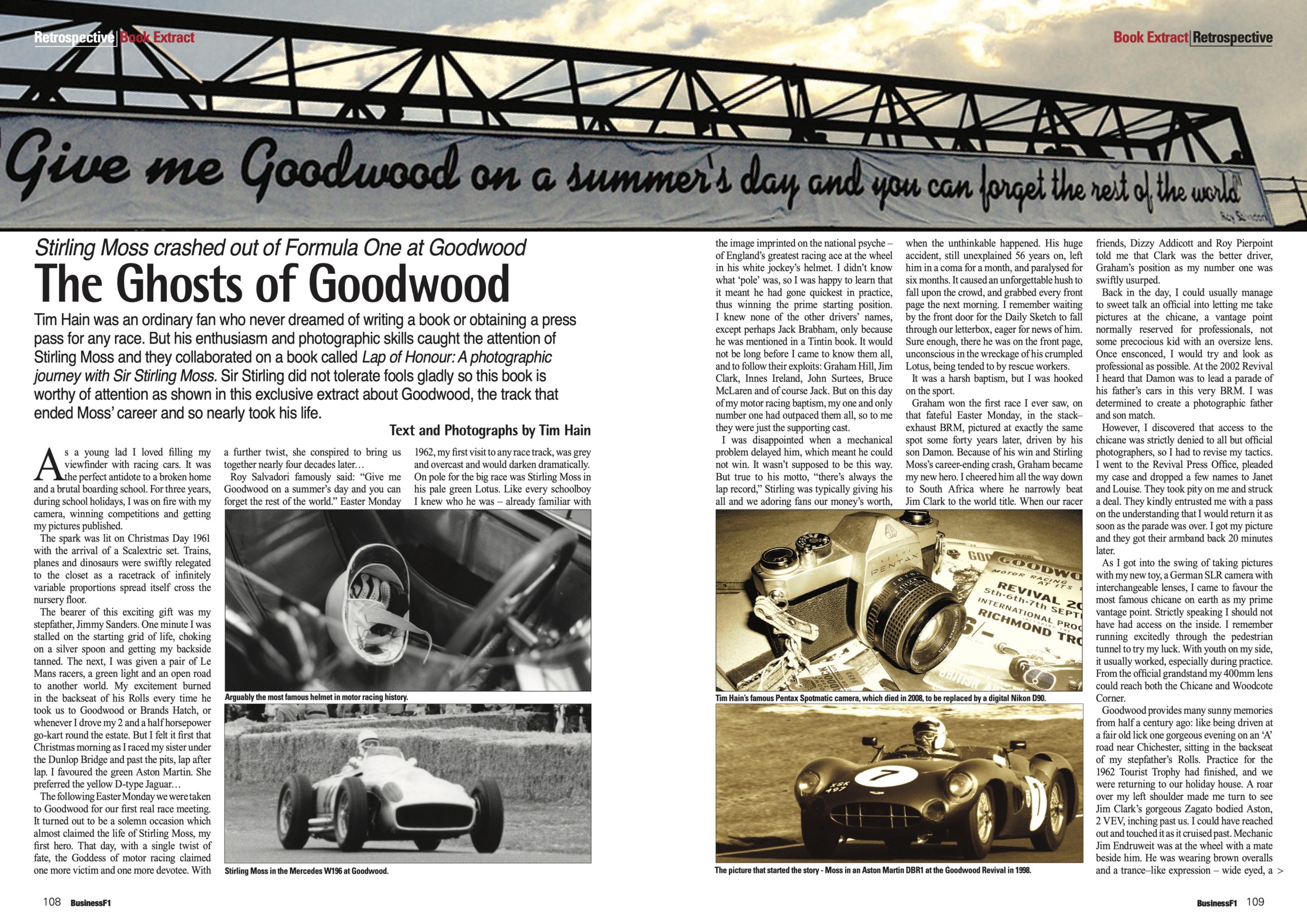